Even though it’s 2018, gender stereotypes haven’t gone away. There are always debates on Male Vs Female Leadership. When employees are asked to describe an effective leader, most of them imagine a man. According to research, such a pattern illustrates gender stereotypes. Most people tend to associate leadership qualities with men, and this problem has always been known by social scientists. 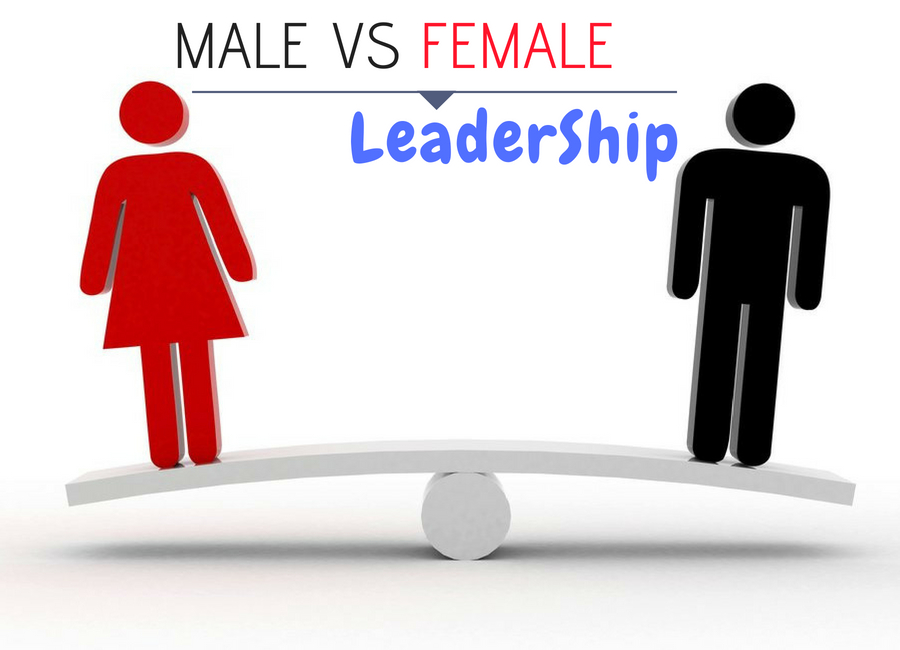 According to statistics, European and American senior-level executives agree that women have more developed skills associated with encouraging and supporting, while men are considered better at decision-making and problem-solving. Men are associated with leadership qualities, and many employees think of men as of those who can be incharge.

Therefore, women often face a dilemma, they can either demonstrate stereotypically masculine behavior and be criticized for not meeting gendered expectations, or agree with the fact that others don’t see them as leaders.

Numerous studies also revealed another problem, when men suggest some ideas regarding their team, they are perceived as leaders and their ideas get more attention. At the same time, when women make the same suggestions using the same language, their ideas are not appreciated in the same way.

Even though some people may defend such stereotypes, claiming that men indeed are better leaders, facts and numbers prove the opposite. For example, research by the Peterson Institute for International Economics revealed a correlation between the number of women at the C-Suite and profits of companies.

Companies that have at least 30% of women in leadership positions show at least 1% point in a net profit margin compared to companies that don’t have female leaders.

Diverse companies find more creative and profitable solutions, and they implement innovations faster, which is proven by a Fortune’s list of the most admired companies, which includes such giants as Amazon, JPMorgan, Starbucks, and Microsoft. It turns out that the most successful companies have more female leaders than less profitable organizations.

Moreover, No. 1 on this list is Apple, which also has the biggest percentage of women at senior management positions — 29%, still a shockingly unbalanced ratio. Gender diversity, as well as racial diversity, improves the overall performance of a company, as people with different skills and views are able to cooperate in the decision-making process, leading to more creative solutions and implementing new innovative methods.

Why Leadership is Affected by Gender Stereotypes

The first problem is that even women think that men are better leaders. According to recent survey, women show a preference for male leaders, however, such a situation is nothing new.

Even though male leaders are not more competent than their female colleagues, gender bias regarding leadership is demonstrated by both men and women. First of all, the patriarchy was a reason why we’ve seen more male leaders throughout history. As a result, even female managers (75%) express the preference for male managers.

Women who don’t have paid family leave are also more likely to quit their jobs, and only 12% of American employees in the private sector are able to have it. There is also an equal pay problem, which is still not solved. Specialists who have a higher income are usually considered more competent, so they are also perceived as better candidates for top positions. As men have a higher level of income, women are also more likely to quit their jobs in order to take care of their children.

In addition, successful women often sabotage other women’s success. This sad tendency is known as “queen-bee syndrome.” Women are very competitive with each other, and many female employees feel more competent when they see an opportunity to smear their female leader.

Most women constantly compare themselves to their female colleagues and taking female leaders down makes them feel better about their own abilities and competence, which is another reason why female managers are evaluated worse by female employees.

Another example of gender stereotypes is a different perception of the same behavior depending on who it comes from. When male leaders take unpopular decisions, it doesn’t make them less likable by employees, as the latter perceive them as leaders who do their job.

On the other hand, when the same decisions are taken by female employers, they lose their popularity and receive strong criticism, as qualities like strength and dominance are stereotypically considered masculine. At the same time, women who demonstrate stereotypically feminine behavior, being kind and sweet, are more likable yet perceived as less competent. The more competent and strong they look to employees, the less popular they become.

All leaders, regardless of their sex and age, have certain traits in common. For example, they are organized, ambitious, and intelligent. On the other hand, there are different ways of application for all these personal qualities, which results in different strategies of management and different leadership styles.

Men and women are different, and this phenomenon is called sexual dimorphism. It manifests itself in obvious differences in physical appearance as well as in more subtle things, such as mechanisms of our brain. Female and male brain demonstrate different activity and have some differences in the structure. For example, even though there are the same regions in the brain, brain maps that determine how these regions connect to each other, are built differently. This also results in different models of behavior.

The architecture of the male and female brain explains why men and women make different decisions and may succeed in different kinds of activities.

For example, researchers found out that men have better neural connectivity within one hemisphere and between frontal and back areas. Such a structure makes it easier for men to focus on the current task and to directly coordinate perception and action, which also explains why male leaders are more inclined towards action than analysis.

In contrast, women have better connectivity in a region that contains the cerebrum, also known as the supratentorial region. They also have better connectivity between the right and left hemispheres. This structure facilitates sequential processing functions of the left hemisphere and synchronizes it with the intuitive right hemisphere. Therefore, women are better at multitasking, problem-solving, and have increased memory.

Transformational leadership has proven to be the most successful model in many industries, as groups with transformational leaders show better performance, and employees who work in such teams feel more satisfied. These leaders motivate their followers to be more creative and empower them, taking into account their needs, and stimulating them to develop as professionals.

For example, boys are encouraged to participate in team sports, while girls are supposed to playschool and house. This difference in male and female social setup is reflected in leadership styles and behavior at the workplace. Men tend to compete with other departments and position themselves as team leaders. They retain “winners” and get rid of “losers,” paying particular attention to who is responsible for the success or a failure.

In addition, male leaders perceive the success of their team as their own success. They take personal credit for it and explain success as a result of their own skill, intelligence, and talent. On the other hand, if something goes wrong, such leaders are likely to find somebody else to blame for it or to explain the failure as a result of bad luck.

Unlike men, women are more engaged in activities that don’t imply dividing members of the team into winners and losers. Female leaders focus on strong collaboration and sharing ideas. They are also more likely to help their employees in some difficult situations.

When a team achieves success, female leaders give credit for it to the employees, without overemphasizing their personal contribution. However, when some project fails, they are more likely to blame themselves, thinking that they are not competent enough.

Being in charge, they take responsibility for finding the answers, while women are more likely to ask members of their team about their opinion and listen to their suggestions before offering their own options. The thing is that women don’t feel threatened when others are able to participate in problem-solving, while men are often afraid to lose credibility.

Being raised in the team sports environment, men consider themselves coaches who are in charge of their team. They value employees who don’t question their orders and reward those who follow all of their instructions. Men value clarity associated with a strong hierarchical structure because they believe that such an approach ensures effective delegation of responsibilities and tasks.

In contrast, female leaders care about the overall environment of their team, making sure every employee is treated fairly. Women try to create an atmosphere where every employee can apply his or her skills, making a possible contribution.

Male and female leadership approaches are completely different, but both these approaches add value and allow teams to achieve important goals. Only a deep understanding of different tactics of leadership can help companies accomplish their short-term and long-term goals effectively, getting rid of outdated gender roles.

Both male and female leaders can develop qualities and skills that will make them transformational or transactional leaders.

Even though attitudes about female leaders change slowly, modern challenges push companies to reconsider their strategies of leadership. It’s much more difficult for a woman to become a leader. Gender stereotypes portray women as less reliable and more emotional managers, while facts prove the opposite. Companies that have more female leaders become more successful due to their transformational leadership style.

It’s also important to eliminate the existing structural barriers, such as unequal pay, that prevent women from getting a promotion. The modern society needs to evaluate female leaders regardless of the traditional gender roles, making an unbiased evaluation of their decisions. Diversity in the workplace leads to more creative solutions and helps companies implement innovations, which is especially important for companies that need to deal with many competitors in their industries.

About the Author: Berta Melder is an experienced brand manager, a content strategist and co-founder of the Masterra. She cooperates with different education courses and helps participants develop brand management skills. Enjoys creative writing and blogging. Follow her on Twitter.