Getting a job definitely is not easy, more so if it is at Amazon.

The whole process is made more complicated with a series of tests or interviews with the company. This is required to analyze if the applicant/candidate is a good fit for the job profile.

For this reason, a person has to be well prepared for the interviews. Some jobs, like at Amazon also include telephonic interviews as part of their screening process.

This article here discusses some points on how to prepare for Amazon phone interview. 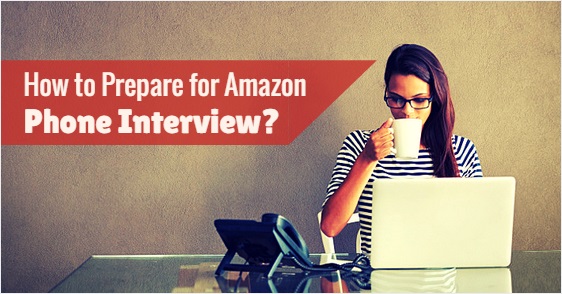 The recruitment procedure varies for each position and also sometimes based on the work experience of the candidate. Getting to know about the whole interview process is also beneficial to the candidate as it helps them prepare accordingly. The basic Amazon recruitment process covers around 5 – 6 rounds totally. The rounds are enlisted below,

Some of the common HR round questions are,

The applicants who applied at Amazon gets a call for a phone interview following the completion of tests and other required processes.

Amazon also sends out an email that would describe the entire procedure and what to focus on, while at the interview. This helps the candidate to prepare for it.

It is said that the procedure at Amazon includes telephonic interviews prior to the face to face interview.

On the whole, the first interview would be short and friendly. It would include biographical questions. The second interview, in the meantime, could have more technical or competency-based questions.

It is also definitely a good screening alternative if the candidate happens to be from another state or country.

How to Crack the Amazon Phone Interview?

Amazon, one of the American based biggest internet retailer is headquartered in Seattle which holds offices and distribution agencies in almost 32 countries globally.

The employees working in Amazon are known as “Amazonians” also there are many people who work very hard to get into this company. Usually hiring process of bigger MNC’s are not that easy to crack and also are very time taking (1 – 3 weeks). They do not compromise things when recruiting employees for their organization.

The basic recruitment process would involve with 1 – 2 rounds, then a phone interview and finally an on-site interview. The phone interview holds great importance in the hiring process. So, here are few tips to know and follow when attending Amazon telephonic interview.

Preparing these questions well, will help you answer effectively, make your point and also exhibiting your thought process.

In fact, the number of questions asked more often than not depends on how fast it gets solved. In the meantime, the interviewer would help out in discussing the problem as well as the thought process of the candidate. If one is prepared well enough, then the candidate could easily ace the interview and land the job at Amazon.