When the art of language was not existent in the world, human beings used to communicate with the sign language. Even now when language and words have taken the form of communication, people are still using subtle sign language by using their body postures to show what is going in their mind.

One might not notice it easily but on paying close attention to them, decoding what they are trying to speak is easy. This subtle and good body language speaks so much about a person from the way a person stands, how they sit, how they see all, easily indicate the kind of person one is. The following mentioned are few tips on reading body language. 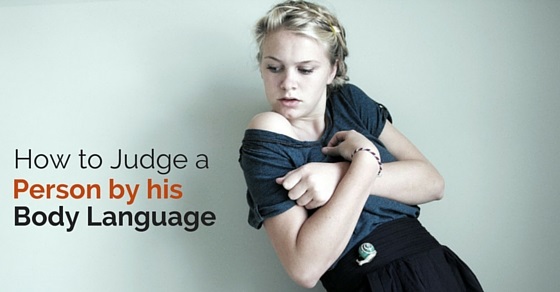 1. Shaking hands with the other person:

While shaking hands, a good grip is a sign of trust and association, that a person is keen on creating a long term relationship. It is also a sign of being attentive at the moment and an indication to give 100% in the future task.

They are quite interesting to observe to know how the person feels about you. When observed closely feet can speak a lot about the person’s interest and focus. While talking to you if the angle of the feet is in your direction then the probability of that person’s likeness towards you is great and might be interested in your conversation.

It indicates that you are interested in the conversation and are paying full attention to it. People lean forward only when trying to understand the detail of the conversation.

Looking into the eyes while talking is the sign of confidence and allows the other person to trust you more. It does not mean that one should continuously stare at the person but maintain a comfortable eye contact showcasing the interest in the conversation.

Standing tall with your shoulders drawn back and the head held high is a sign of confidence and power. People appreciate those who have confident body language and who are confident about what they talk, no one likes a person with low self-esteem and with troubled thoughts. By merely changing the posture of the body the attitude of the person changes automatically.

Too close feet shows the closure of thought or being hesitant to share an idea. Keeping your feet moderately apart gives a relaxed and confident attitude and the person feels comfortable in the conversation.

While talking, body movement is a natural act. In fact, it is quite effective to use hands while talking as it indicates the visual strength of the person. Hand movement involves a continuous flow of speech and when hands are held tight shows putting an effort to flow in a creative direction.

It is truly said, you are not dressed completely unless you smile. Adding a smile while giving an invitation for the interaction, just by smiling clients and bosses can be impressed. By a smile, the issues and problems can be resolved.

One can easily see this when two people are talking and if one person is touching the face, the other person automatically without paying attention to it will do the same. It shows the importance of the first person has in the other person’s life. This is one of the primitive sources and importance of body language especially when the heartbeat of a child in the womb is in sync with the *mother.

While listening to someone it is important to pay complete attention. Avoid multi-tasking in such cases, like fidgeting with paper, checking messages on the phone or doing something else. Listening fully to the conversation makes the other person feel important and value you.

11. Variation in the voice:

A good tonal variation is helpful in communication. Always pay attention that while talking, the pitch should not get higher as it is essential to understand that the conversation is between two people and not everyone around.

1. Holding the object tightly in front of the body:

Another sign of nervousness and nonverbal communication body language. There are a lot of people who hold books and files in front of their body while in conversation. It shows the inability to communicate the verbal resistance and unknowingly find ways to do it with their body language. In the case of nervousness, the person is trying to hide or protect themselves behind something.

2. Leaning back on the chair:

While working for long hours people tend to stretch by leaning back on the chair. But few tend to just lean back for longer periods of time or prefer working in this position itself. Working by leaning back is not a healthy sign of work since it shows a person’s laziness because the body tends to relax and the work speed is hampered in this.

Many people have the habit of moving their fingers, wrists frequently, or will be playing with the smaller objects. It shows their least interest in the ongoing conversation or work and is extremely restless. It can also show that the person is nervous and is trying to hide it by diverting their mind from the ongoing, thought.

4. Fidgeting with the chin or hair:

If a person is seen fidgeting with chin or hair signifies the impatience in them. This a common sign of restlessness and boredom. Many a time people tend to do this while lying to someone, as they are trying to hide their true emotions and want to divert the attention from the main conversation.

Another important hand movement is no hand movement. That is people tend to cross their arms while talking, it generally counted as a form of being defensive and not able to put up their point clearly. It mostly happens when a person does not feel powerful enough in a conversation.

A sign of lower self-esteem and poor confidence is dropping their shoulders. Upright shoulders are the sign of confidence and energy while dropped shoulders are considered as a non-expressive person too.

An indicator of suppressed anger where the person is trying to speak up his mind but with the alternative intention possibly could be of not hurting, might not want to tell. Therefore, to avoid speaking up the person tends to purse the lips tightly trying to avoid the conversation of any sort. It is also the sign of disapproval of the idea or a thought.

8. Looking down while talking:

It is considered as a sign of submission and guilt. It is not healthy to look down while talking. It shows as if the person has done wrong is owning up his mistakes.

This is one body language at work easily found among bosses or superiors in the office. It shows the sign of anger or indicates the superiority of the person. In case, you find your boss has his/her hands on the hips chances are that might be angry for some reason. Or even during a meeting if you see them standing in this posture while the meeting is on it can also show the power they are trying to imply through their body posture.

It shows trying to get away from the conversation or the disinterest in it. It indicates not being respectful of the other person. it also happens frequently when one is trying to hide or lie something from the situation.

While talking few people have the habit of licking the lips in between. It is a sign of nervousness where the person is trying to comfort themselves or trying to get away with their internal insecurities. At times, it is often associated as lying because the lips tend to get dry while telling a lie and unknowingly the person tries to lick their lips.

It is a common habit of people shaking legs in public places or even while talking to someone. It is mostly seen during interviews where the candidate is extremely nervous while talking. One should pay attention to shaking a leg as it can affect a lot in the image left to the other person.

These are the various meaning of a single body language and most importantly it is dependent on the ongoing situation. As the meaning may vary from one situation to another. Therefore, it is important to know the action happening before trying to judge the person with their body language. Hence, one should take the time to decode someone’s body language.