It’s almost certain that you’ll meet aggressive people throughout your life, especially at work. Pick up the skill of dealing with aggressive people from the following blog in order to achieve your professional goals smoothly!

Who are Aggressive People?

Often known to be intimidating or petrifying, aggressive people may or may not be passive. Some behave negatively but passively resist it; some tend to be intoxicated, leading to aggressive behaviors. 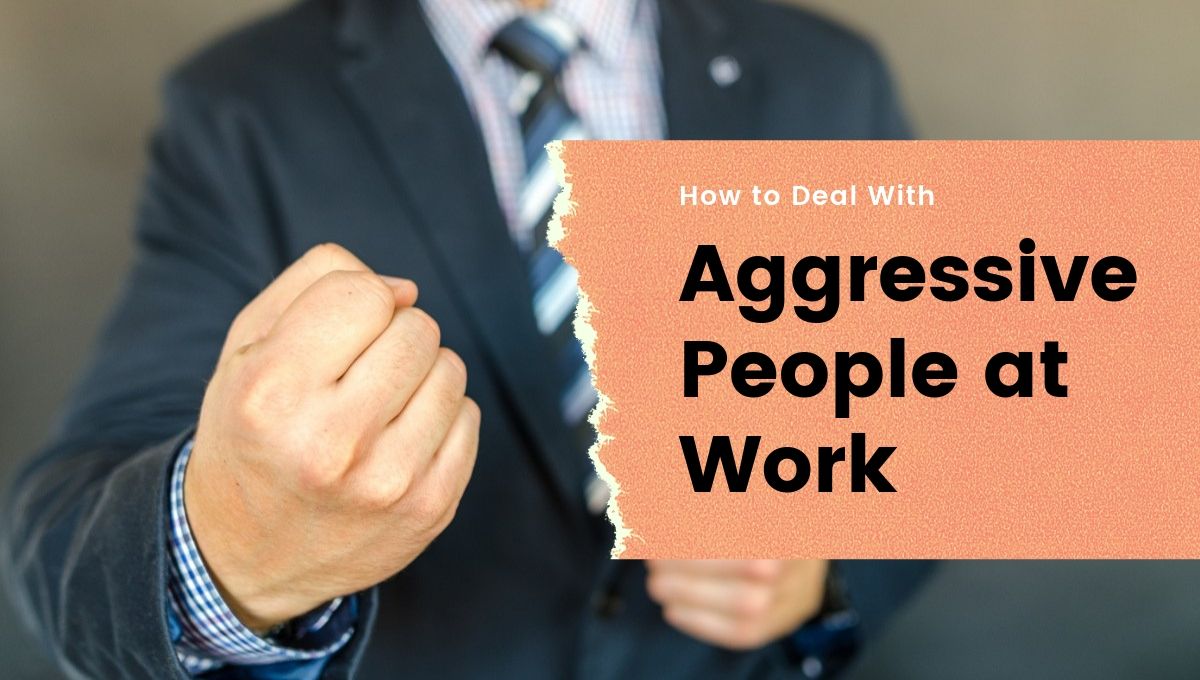 Obviously, you don’t want your general well- being to be messed up – so deal with
such people easily from now onwards.

Now, it’s not very difficult to spot aggressive people at work. However, check out some characteristics an aggressive person will have:

Aggressive behavior can be observed towards a group or a person. The main cause is often deep-rooted and it’s difficult to change them. What you’ve got to do is, change your approach. At the end of the day, you only have control over you –work on yourself!

Why do people behave aggressively?

This dysfunctional behavior is widespread because:

But, he’s a good person at home which is just miserable!

Want to Know the Secret to Gain Confidence of Aggressive Colleagues at Work?

When trying to figure out and deal with aggressive people, keep the following rules in mind:

Rule 1, you’ve got to understand that very often, aggression comes from within one when they are very insecure. It can be referred to as a defense mechanism. It’s rare to see a happy, self- confident individual get aggressive with people to get things done.

Rule 2, do not underestimate anyone. Anyone can be aggressive! Even your boss at work who used to be nice to you. He is probably getting aggressive with you because he’s insecure! Do not think that he doesn’t fit the profile; expect the unexpected.

I truly feel that we’ve got to stop fearing people; instead, we’ve got to take control over emotions and transform ourselves in wonderful ways like:

Honestly, aggressive people are bullies and they don’t need your confidence.
However, there are ways in which you can still help both the parties. Let’s know-how:

For example, I had a Manager who would scream at me over the phone. He’d slam his hand on his desk all the time. He’d also fire people; he had the authority to do so.

So, I asked myself then, what really made me fear him? I got the answer after days… It was mostly intimidation. So, I decided to never give him a reason to attack me ever again. That determination got me going!

Again, at the end of the day, one can control only his emotions, not others!

What you can also do is, associate your intimidator with something really funny.
Every time you think about him, you’ll end up laughing or making jokes! It’s a great
way to deal with intimidators.

This step equals all the hard work down the drain.

In my scenario, I was all set to work someplace else. I saved up enough to be
ready for the worst-case scenario and ensured I’d take this learning with me; just
in case I meet another one!

Please Note: Get help right away if you’re dealing with an abusive person. Or,
take precautionary measures and ensure they go for anger management courses
or related options.

Following are the steps to deal with aggressive people at work – this is a pretty direct approach. It’s easy to follow as well. So, don’t worry!

Remember, do not annoy them any further- here are some tips for you:

– Don’t use words like ‘you’ and ‘your’
– Talk empathetically and let them know that things will work out
– Request them to change their voice level, tone and so on
– Let them know that you understand how stressed they are but, they’ve got to calm down!

The sooner the issues are addressed, the easier everyone’s lives will become. Better safe than sorry, you know. Help the person improve and enjoy the process with him.

Signs you’ve got to look out for to know that you’re an aggressive person:

Sometimes, people tend to pass on emotions; aggression is one of them. You never know you start being aggressive with people. So, be on the lookout and watch out for the top signs that you’re being an aggressive person:

Please do not end up insulting people!

To fix this, you can step back and apologize.

Should you be nice to Aggressive People?

This is completely situation- based. You obviously need to look into the extent of aggression; abusive behavior must be of 0% tolerance. Please do not forget your mental health and well- being, irrespective of where you are.

Be nice to aggressive people, practice empathy, assertiveness, and related aspects. You need to understand that these people may not be aggressive on purpose; address them and react in accordance.

For instance, if someone hurts you or verbally passes mean comments about your work more than twice, in spite of constant kind behavior on your part, do not encourage it any further. On the other hand, if you see any improvement in the person’s behavior, be kind to him and work on the issues; he surely will improve!

Treat his aggression as history, once he’s become a better, more stable human.

About Author: Niall Kennedy is the Creative Director at Preferred Training Networks. He has over 20 years of experience in Professional Development Industry. He has published 4
business books – “All Aboard the Brain Train,” “Healthy Leadership,” “Errant
Workplace Behaviours,” and “Hidden Observations”.