Trust is the most important factor required in any business you do. For that reason, when you start a new job or if you start a new company you need to consider very hard how you’re going to increase the trust employees and team members have for you. So far so obvious. The question is, what can you do to bring about more trust or build trust with employees? 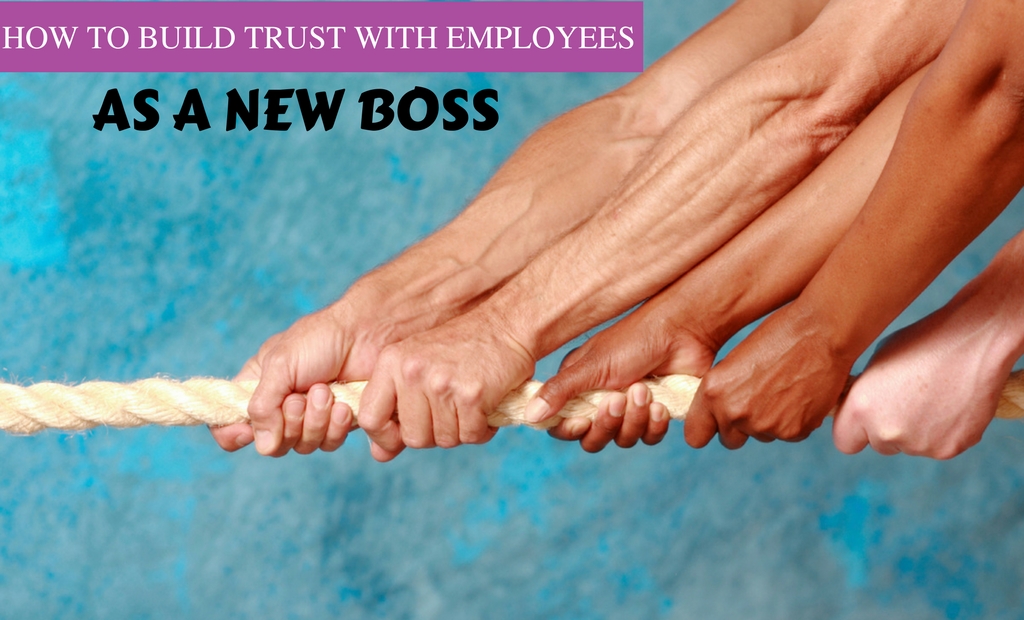 That’s what we’re going to spend in the rest of this article explores.

Put other people into the spotlight for their achievements:

It’s such a simple idea and yet it’s so important. When people work hard, they like to be recognized. If you don’t give it to them then it won’t garner you any positive emotions.

It might even create resentment. On the other hand, if you give them the recognition and you’re well on your way to winning their trust, as they’ll feel respected.

Shield people from their failures:

Yes, it sucks when something goes wrong as it puts back all your plans. At the same time, mistakes and failures do not necessarily mean you’re heading in the wrong direction. It’s like with your college thesis: you made a lot of mistakes, surveys, researches, often unnecessary tasks, but you know that’s the path to perfect work.

With people, that can mean they are trying new things and feel they have the freedom to experiment. And down the line, that can lead to all sorts of benefits and ideas.

The thing is, the only way that people will experiment and try new things is if they feel that when something does go wrong, you will have their corner and help them recover from their mistakes. Only then, will they feel, they are free and that you trust them to do things the best way they can.

Another way that you need to shield people is from your superiors and your customers. So, if a mistake is made by somebody else, as a boss take responsibility. This will let your employees know you’ve got their back.

When there is some kind of problem, address it openly and transparently and don’t do so in a roundabout way. Instead, come straight at it. Sure, this will sometimes make situations slightly uncomfortable, but if you follow this strategy consistently, then your employees will not be left second-guessing what you’re saying and what you’re not saying.

And that’s great because then they’ll be able to use that energy far more constructively – namely by focusing on the task at hand.

Note, it’s also a good strategy to allow the people working for you to express themselves. So, if they have some kind of issue or you think they will have an issue (maybe they won’t like a new policy, for example, or when you have to replace the best writing) then give them a chance to vent and say what they won’t like about it. You can even give them a window to do so, so that afterward you can say ‘we’re passed that stage, let’s move on to solutions’.

This strategy will work well everywhere, from politics to running a business.

Work as a team:

Get feedback. Ask opinions. Let people know that if they’ve got something critical (but constructive) to say, they’re free to do so. In other words, make sure that you’re not creating some autocratic hierarchy where you’re the boss and they’re your minions and people will feel respected. And when you do that, people can’t help but make the decision to trust you right back – even if you do have something to say that they don’t necessarily like hearing.

One of the most important things to work effectively as a team is to resist that initial impulse to blurt out that something is stupid or won’t work and instead of saying you’ll think about it. Even if afterward you do dismiss it, the person will still feel that you’ve respected what they’ve got to say and will be more encouraged to share ideas with you in the future. Some of which might be a great deal better than that initial one.

Trust only works if it goes both ways. If you show that you trust them by sharing with them what matters and listening to them when they’ve got something to say, they’ll be far more likely to trust you. For that reason, give them the space to be themselves and to say what matters to them. That will make sure that when there is a problem that needs addressing, they’ll share it with you.

If you don’t do that, if you rule from above and don’t show that you’re willing to respect what they’re saying, when – in effect – you show that you don’t trust them. Well, then they won’t trust you either. Even worse, you might create an ‘us against you’ mentality, where they band together and create problems by provoking each other behind your back. Don’t let that happen, as then you’ll have no oversight and you won’t know what kind of icebergs are hiding beneath the waves.

About Author: This is a guest post from Angela Baker. She is a freelance writer in WritingDaddy and the beginner in the blogging career. She is always seeking to discover new ways for personal and professional growth and is convinced that it’s always important to broaden horizons. That`s why Angela develops and improves her skills throughout the writing process to help and inspire people.