Companies constantly on the prowl for employees with experience so that once the employee they are not completely at sea about what they need to do and how they ought to behave in a corporate setting.

However, this being said, while a little experienced is much desired, offices are not often willing to employ older workers to their firms for several reasons.

To enlighten yourself on the main pros as well as cons of hiring older employees you ought to go through the list which has been given below very carefully indeed. 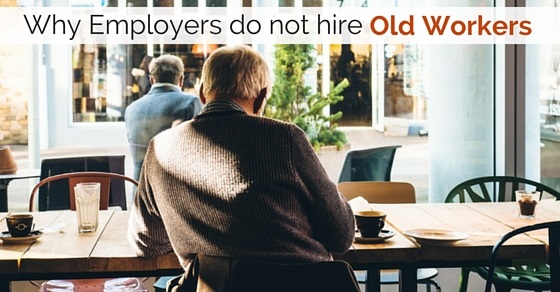 Recruiters and hiring managers sometimes believe older workers are less progressive and less capable of learning new things or have salary desires that can’t be met. However, age separation is a noteworthy issue that keeps a few laborers from understanding their objective or pushes them out entirely.

Myth 1: Older workers are lazy, and they hate to communicate with junior supervisors.
Fact 1: If managers treat all employees equal of any age, older workers are likely to reach their expectations.

Myth 3: Older workers are not interested to learn today’s technology.
Fact 3: Many older workers show love to improve their knowledge and grow professionally.

1. He/ She has the experience to back him/her:

One of the best parts about hiring someone a little older is that he or she has the experience to back him up. This individual is not only someone who can talk the talk but can also walk the walk.

Since this person has probably worked in another company before his, he has a lot more exposure as opposed to any younger employee who has never had any experience in the real world before.

Hiring an older person could most certainly be an invaluable asset to the company. So ensure that just because of someone’s age you end up missing out on someone who could take the company to new heights.

2. He/ She does not require any training which new employees require:

Fresher’s who employed straight of college are the ones who require constant care as well as attention in their first few months of work.

In the event of hiring someone a little older, you will certainly not have to start training him from scratch as he or she will know how to go about things and even know what expected of someone who placed at his designation.

In the business world time is something which is invaluable and if you can shave off even a few precious moments then that itself is a blessing in disguise.

So hiring an older person could be an advantageous thing.

Young people often tend to be a little loud and even rowdy in the workplace thereby sometimes even creating a bad impression when investors and even clients happen to walk through the door on a regular day at the office.

So this is another reason why hiring an older person is highly beneficial as opposed to hiring someone younger.

4. Chances are that he/ she will make fewer blunders:

Younger people will be a lot more confused about what to do as opposed to someone who has some experience in the business world and it is this very confusion that will cause him or her to create several blunders and even mistakes.

However, a person who knows what he is going and has plenty of experience on his side will not make such rookie mistakes when carrying out even the simplest of tasks.

He will have the confidence to carry out tasks in an efficient manner. Being confident helps a great deal in delivering top quality work.

5. He/ She will have a greater understanding of the ropes of the business world:

There are not many young people who can claim to have a clear understanding of the business world.

This clarity is something that only comes with years of experience. So if you want to hire someone who has good knowledge about how the corporate world functions then it is advisable that you hire an older person.

He or she will be able to guide the other employees in the right direction based on the successes or failures which he has learned from in the past or his or her younger days.

6. The individual will have a more mature manner of looking at things:

A person’s perspective and manner of dealing with things can determine the quality of work which is delivered by him or her.

Chances are that an older person will have a mature manner of look at things and that is why it is usually better to hire an older person to a company as opposed to a young one, because a younger employee might come up with ideas which are juvenile and even a little silly.

7. He or she will be more responsible in his attitude towards work:

It is a well-known fact that older people tend to be more conscientious and out of their work and are even more responsible when it comes to carrying out tasks that have been entrusted to them.

Younger people tend to be a little more casual about the work which is entrusted to them and rarely starts working on a task, given to them.

So if you want an employee who will not make you chase after him or her for the assignments then it is advisable to employ someone older as he or she will respect the deadlines which have been given and will not ask for extensions at any point in time.

8. The person will have a more in depth knowledge than any youth:

This knowledge of the business world means that they have experience in applying their theoretical knowledge and putting it into practice, things like this most certainly do not come easy at first and it is something which is acquired over time.

So if you have qualms about hiring someone older, then just try it out and you will reap the benefits for yourself,

9. He or she will not participate in petty workplace politics:

Lastly one of the major reasons why hiring an older person is advisable is because he or she will often be focused on tasks at hand rather than focusing on things like petty workplace politics.

Older people will not be looking to gain cheap brownie points by trying to butter up the seniors rather they will try their best to let their actions speak much louder than their words.

As per BLS’s recent survey, about 40 % of adults age 50 and older are working or looking for a new job.

So that they can prove that age is just a number!

1. He or she may be too set in their way of working:

One of the major drawbacks of hiring someone who is a little old is that he or she will probably very set in his style of working and will be unable to change and keep up with modern times.

In today’s day and age, it is of paramount importance that employees are versatile and versatility is not something that comes easy to people who are advanced in age.

So this is something which you should keep in mind if you have been thinking about hiring someone a little older.

2. Might believe that they need not take the instructions given to them:

In addition to being set in their respective ways, they might always follow the dictates of their hearts and minds rather than following the instructions which have been given to them.

Sometimes thinking out of the box is a good thing indeed, but other times, companies do want their employees in a particular and set way so that there are some similarity and uniformity in the quality of work which is delivered by the employees.

3. They will not be able to use modern technology well:

It is quite a well known fact that older people are not the best at making use of technology and that is why older employees might not be able to make use of the state of the art technology which companies might introduce regularly.

Younger people can understand technology very well and they are instantly able to make the most of the technology which is at their disposal.

Older people tend to like to do everything manually and without the use of technology, this is sometimes a good thing, yet other times it proves to be an incredible waste of time.

4. Chances are that he will try to command respect from the managers:

So it is a bad idea to hire someone older who will be wanting a lot of respect from his colleagues as well as seniors.

5. He or she will be nearer to the age of retirement:

One of the major disadvantages of hiring someone older is that he or she will be closer to the age of retirement as opposed to someone who is much younger and can work for a longer period.

Someone younger will be able to stick around for a longer time thereby saving the company the trouble of looking for a new employee all over again.

6. He or she may not be open to any kind of criticism:

In the event of doing something wrong and criticized they do not take it the wrong way rather they try and improve themselves in the next task which gives them to.

An older person who has some experience will not be willing to take any criticism and might even make a fuss in the event of someone giving him even a piece of advice. If this happens, things at the office could become difficult.

7. He or she might find it tough to adapt himself or herself to the new setting:

As mentioned above older people are not versatile to adjust to changing situations and in addition to that, they might not be able to make a smooth transition from their old place of work to their new one.

They might constantly try to make things different to get things done in a way that fits their bill.

So these are some of the chief pros as well as cons of hiring an older person to your company. After going through the list you will naturally understand that the number of pros easily outnumbers the cons.

A person should hire based on his ability, qualification as well as merits. At the end of the day, the recruiters of a company should not be employed based on what the age of an individual is, rather they should be hiring based on who would be a true asset to the company in general.