What is Office Romance?

Office romance is nothing but the involvement of two members of the same company with a similar or different designation, into a romantic relationship. It can be said as a relationship where there is mutual desire and longing for each other.

Workplace romance can at times lead to crumpled self-confidence and it may greatly affect the productivity of the workplace.

Regular working people spend more than seven hours a day in the offices or wherever they work.

This is definitely one of the factors that lead to office affairs. Let’s see the factors now. 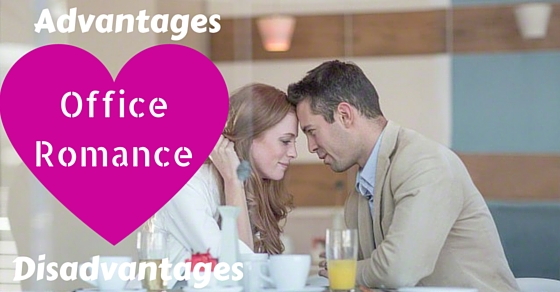 Long working hours can definitely knit bonds with colleagues. A few lunches together can accelerate a friendly relation into a romantic affair.

After all, each and every person working has similar career goals, lots of common interest and plans.

The similar interest makes it easier to understand each other. Thus, the romantic affair cannot be totally prevented.

2. Partners of the same projects:

There are different types of projects and targets given to employees. Two people of similar interest working on the same topic may become great friends with one another.

If the project is vast and two lonely people associate in the same project for a longer time period, they might develop romantic feelings for each other.

Companies should declare a ‘workplace romance policy‘ in which it is mandatory for the employees to confess about the blooming romance taking place in the company.

This certain policy will help in the future in dealing with any kind of problems that might arise due to the relationship.

Certain cases may involve cases like sexual harassments and so on. This might become a hassle for employers as well as the other people working in the company. Some employees may feel it to be a private thing and do not share this information.

They might feel that this information might risk their job or upset the employers. Or some just like the thrill of having a secret affair. Thus, a proper confessing meeting should be held as well.

No company can levy a ‘No romance’ policy. So once a confession is made about a relationship, employers should make each employ sign a contract that covers the ‘Workplace romance policy‘.

The contract should stipulate the expectations of the employers as well as it should clarify that the relationship is based on mutual interest between both the parties. Further, also warn them about no favoritism in the workplace (If the relationship is hierarchical).

It should also outline the rule that they should inform the employers about the termination of their relationship. Also, include a clause that states that violation of any kind will cause in a penalty or even dismissal.

It can be a root of major problem within the atmosphere of the company. Thus, PDA should be prohibited.

4. Keep a check through other employees:

Once in a while keep a check on your romancing couple through other employees. Further, instruct them to inform if the contract is breached in any forms.

If any violation takes place then take strict action and dismiss them. If dismissal seems like a harsh option then opt for the warning system.

First three punishments will simply be a warning and the fourth time would result in dismissal.

To run any kind of policy it is ideal to take legal help. Particularly for the ‘Workplace Romance Policy’ as it will ensure that the company is following all the rules and regulation that has been clarified in the contract.

Further, also introduce zero-tolerance policy as it can be handy support in protecting employees from cases of sexual harassments.

Respect the privacy of the lovey-dovey couple. A company creates a policy to keep control over the negative side of the affair. Company’s only motive is to keep the work environment healthy.

Pros and Cons of Office Romance:

Romantic relationships have a great impact on the workplace as well as employees who are involved.

Further, the work environment is also benefited a great deal of productivity. Some researches prove that people associated in love affair perform better than earlier.

There is a positive vibe all around the place and positive attitude heightens the productivity margin of the company.

It results in relatively better communication, less stress and more creativity. Thus, the relationship between the two will be a boost factor for morale.

Workplace romances are always stuck in the controversy. They are often projected as a negative element.

The employees involved in love affair are thus motivated to prove that wrong and work better. They certainly do not want to be projected as the ones who are distracted and unproductive for the company.

They may indulge in work efficiently to show the positive side of the love affair. Also, being in a relationship helps in forming a positive attitude in all aspects of life.

A positive attitude not just boosts energy but also enhances the creativity in the employees. As a couple in a relationship, they seemingly spend more time together, outside as well as in the company.

Further, they have better communication with each other. Why not engage them in creative work together. Give them projects to work with each other and they might come with various techniques for the project, as they have more time together.

In order to spend more precious time with one another, they might beat the deadline too.

Partners feel more comfortable in expressing their views and criticism about each other regarding the project ideas.

It promotes a good environment and quality work together. It also tones downs the personality conflicts between two members of the same project.

Being in a relationship makes a significant change in personality and attitude which increases the friendly relationships between other employees.

Communication is a key factor in all fields and love affair (or the support of a partner) so it indirectly promotes good productivity in the company.

Further, it becomes easier for the employees of both the department to put forth their views and criticism without much of a hassle.

Both the departments are able to communicate without inviting any misunderstanding or conflicts internally. At a whole, it contributes to healthy and effective group work. Effective teamwork and cooperation become a key factor in the process.

Like every coin has two sides, the pros and cons are equal companions. Though there are a lot of advantages but the disadvantages aren’t far behind.

Similarly, even though love energizes and motivates the individuals the fear of career jeopardizing lurks around the mind. Many employees have a fear of losing their deserving promotions.

It is no new news that many people take workplace romance as a negative element and thus they think that people indulged in such an affair are least productive and non-deserving for the upcoming advancements.

Some may even think of the love affair developing in the workplace is non-ethical and unprofessional. This fear may be one of the major cons of ‘Workplace romance’.

Breakup is one of the biggest fears for employers. It is a direct obstacle in the way of the company’s productivity on a whole.

When a couple goes through the breakup phase, they have comparatively more negative feelings for each other and further their separation also affects the friendly relation between the departments (If they belong from different departments. If not) or the members have to face a situation where they might have to chose sides.

This may turn into a big separation and also will affect the company. In certain cases sexual harassment complains might also arise (Here you will be able to help and make a solution with the help of contract and policy).

Workplace relationships are easily detected by the members of the team or the departments. When a certain team member comes to know about this relationship status then they are likely to be confused in referring to them alone or as partners.

Further, there may be differences between the person you like and a teammate of yours, this situation will definitely affect the relations with the fellow co-worker. News of breakup or makeup is one of the confusing things for them too. It divides the team as well as creates a sense of awkwardness.

One may also be misjudged on the basis of the romancing partner. For example, you might lose a chance of promotion because of the behavioral conduct or personality of the person one is with.

As much of a motivator, affairs can be a great distraction. It affects the employees to work negatively as well. Other co-workers may notice the decline in work and may take you for granted.

Further, there might be a feeling of anger against them as every single person is equally credited for group projects. And less contribution due to distraction can increase the workload of others.

Work dedication may also suffer even though you are a brilliant employee. Thus, either work with a different organization or call off the relationship for the time being.

Every department has its own specification and some decisions are to be made privately. When two employees from a different department, in a relationship, might disclose important information or decisions that were expected to be a secret to each other.

Further, the various opinions which differ can not only result in workplace conflict but might lead to a breakup, devastating the unity and productivity of the company. There may arise a problem in a hierarchical relationship as employees may feel that there is certain favoritism promoted in the company on receiving promotions.

And internal relation conflicts cannot be ignored as there may be times when one of the partners holds a higher post which affects there relationship and the company’s advancement.

A relationship is simply a way to connect and share the emotions that one feels in day to day life. It fills the void and needs for emotional support. A further relationship can boost the morale of a person.

When the feeling of depleting self-esteem and confidence arises, there is a need of someone to support. Hence, relationships in the workplace will occur. They may be opposed by other workers. Some couples in a relationship may end up married.

One of the best examples of such a couple is Bill and Melinda Gates. Melinda Gates started as a software marketer and step by step reached the heart of the world’s richest man.

But in some cases, it is not so. Not all relationship turns successful. But it is the experience of a relationship that helps in choosing a correct partner.

In a workplace relationship, the worst-case scenario is facing the person you broke off with on a daily basis. It creates not just negativity but it emotionally demolishes the person.

Thus, search for a partner but not in the same place as it might be a more of trouble not just for oneself but the entire workplace and the company at a whole.