The other skill is the capability to harness any emotion and use it for aspects such as problem-solving or thinking. The final skill is managing emotions where regulating of emotions is achieved or boosting up or calming down another person is done. Here are a few hints about emotional intelligence and how to measure and assess them. 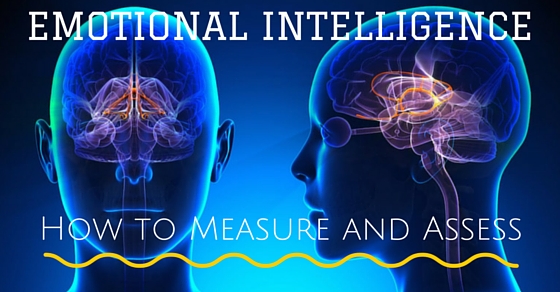 What is Emotional Intelligence?

Emotional intelligence is defined as a term where an individual understands, identifies and manages their own emotions. They should also know to influence, identify and understand others emotions.

For example, imagine yourself where you are unable to understand your friend or neighbor. When you do not know when your friend is angry or sad, such ability is mentioned as emotional intelligence by psychologists and considered as more important than IQ.

There are a number of models when emotional intelligence is considered. The original model of Goleman is now presented as the mixed model. The mixed model is a combination of trait EI and ability EI.

According to Goleman emotional intelligence was mentioned as an array of characteristics or skills which lead to leadership performance. Konstantin Vasily Petrides was the one who developed the trait model in 2001. It is a collection of behavioral dispositions along with self-perceived abilities which are measured by means of self-report.

Peter Salovey was the one who developed the ability model in 2004 along with John Mayer. This ability model focuses on the ability of the individual in order to process emotional information and lead it to the social environment.

There is a number of research and studies that have opened up that individual who possesses a greater EI have enhanced job performance, mental health, along with leadership skills. Though there are no casual relationships brought to light, the findings have led to general intelligence and to particular personality traits.

In the ability-based model, emotions are considered useful resources that help an individual make sense and move over to the social environment. The model brings out that people vary in their capability of processing information regarding emotional nature and relating emotional processing to the wider picture. The model claims emotional intelligence to about four types of abilities.

2. Making use of emotions:

The capability to harness emotions so that various cognitive activities are facilitated which include problem-solving and thinking is by using emotions. When a person is emotionally intelligent then he can take control over their moods.

The capability to cover up emotion language and also to treasure complicated relationship along with emotions.

This is the capability to regulate emotions in both others and in ourselves. Here the emotionally intelligent person is the one who can harness emotions even if they are negative ones and manage them to accomplish goals.

There was criticism for ability model as they do not possess predictive validity and lack face. When construct validity is considered, emotional intelligence tests are considered superior to self–report scales. This is because they compare the individual performance to standard performance and do not depend on the individual endorsement of descriptive statements.

How to Measure Emotional Intelligence?

When measuring emotional intelligence, criterion-report or negative testing is an appropriate method to be followed. Intelligence is defined as ability and can be measured only by the answers provided by people and by evaluating the answers accuracy.

This is a self- report test which is designed to evaluate the competencies which take into account problem-solving, stress, happiness, awareness, and tolerance. As per bar-on, emotional intelligence is considered as an array of non-cognitive capabilities, skills competencies which influence the ability of the person to go through, getting by with the environmental pressures and demands.

This method was actually used as a screening test for metropolitan life, Life Insurance Company. The main intention of SASQ is that measures both optimism and pessimism.

MEIS is an ability test where tests are performed by test-takers which access their capability to understand, identify, and make use of emotions.

With self-assessment questionnaire as a basis, the ECI lets people know their individual ratings about their abilities in different emotional competencies.

Psychologists have developed a number of methods to assess the various parts of the personality. When the strength for measuring or assessing a particular class is strong then that particular method is followed and developed.

With the same methodology, other parts of the personality can also be measured. Though psychologists make use of a particular test for measuring intelligence, there are a number of methods with a different name such as performance testing, ability testing, and criterion-report testing.

Irrespective of the type of test or name, such tests would ask the individual to solve a problem and check the accuracy-related to the criterion. For example, when an intelligence test is considered they may ask what is 70 plus 70 the evaluated value according to the criterion is 140.

Self-judgment scales are beneficial as they help to assess internal experiences such as moods and emotions. Self-judgment can be the best choice as they present the most accurate feeling inside. In the same manner, to access the ability in emotional intelligence, there are few measures included and they are a diagnostic analysis of non-verbal accuracy, the level of emotional awareness scale, and Japanese and Caucasian brief affect recognition tests.

How to Assess Emotional Intelligence?

There are several assessment tools that are utilized for emotional intelligence and are associated with Daniel Goleman. He was the one who has worked for emotional and social competence inventory or ESCI.

These methodologies were developed in association with their long-term colleague Richard Boyatiz who was a professor in the Reserve University along with researchers from Mc Clelland Institute.

This is used to decide the type of test for EI assessment is used for most appropriate use. It is good to see the results by Consortium for research on EI in organizations.

The ESIC is used to hunt for the most recent findings and also utilized to assess technical details such as validity and readability.

The ESCI method is mainly used in graduate school level and colleges.

This method was designed by Daniel Goleman, Hay group, and Richard Boyatzis. They are ones which measure the emotional and social competencies and identifies outstanding leaders. Training and certification for the same are available at Hay group at Boston.

This is a skill which is utilized to understand or perceive one’s emotions. The outcome with this skill is that the individuals have the capability to identify and one’s own feelings and its impact on thoughts, power, decisions, behavior and performance at work. They also offer a greater self-awareness.

This is a skill where one’s own emotion is expressed. The outcome with this skill is that it helps bring out understanding amongst various colleagues. The skill also helps in the development of trust along with the perception of genuineness amongst co-workers.

3. Emotional awareness of others:

This is considered as a skill which is used to understand and preserve others emotions. The outcome is that it provides a greater understanding of other people. It assists in helping, motivating, responding, engaging and connecting with other people. The other outcome is interpersonal effectiveness.

This is the main skill which is for utilizing emotional intelligence in decision making. The outcome for emotional reasoning is that there is improved decision making where more data is available.

This is one type of skill where one emotion is managed effectively. The outcome of these skills is enhanced job satisfaction and engagement. The other outcome is that individuals are able to cope up with high work. Interpersonal effectiveness is great, the performance and productivity are also enhanced.

6. Emotional management of others:

This is an important skill which is utilized to control strong emotions that are experienced. The outcome is that they are for emotional well-being, possess the capability to have clear thinking even in stressful situations, gain the capacity to effectively deal with situations irrespective of whatever happens.

With emotional intelligence EI, the organizational environment can be benefitted in a number of ways. There are a number of researches that open up that about 90% of top leadership performers possess enhanced EI. The higher they move up in their career ladder, the more the EI becomes important. Hence, emotional intelligence is mandatory among employees. To know if the employees are a perfect fit for the workplace environment, their EI must be assessed.

Though there are economic landscapes, EI is something that is important for career advancement, opportunities, to be productive and lot more. There are many other sources that offer a detailed description of the assessment methods along with examples. Hence, Emotional intelligence skills is mandatory and individuals should make sure to understand EI and learn few aspects in order to cope up with the upcoming trend.