As Mark Twain puts it, “Humor is mankind’s greatest blessing.” It is the flavor of life. The issue at hand is workplace humor. Good humor is acceptable even at the most serious workplaces. Some find it appropriate while some don’t. There are many reasons which force you to avoid humor at work. Forced to avoid humor at work would be the right expression because deep down we all cherish a good laugh. 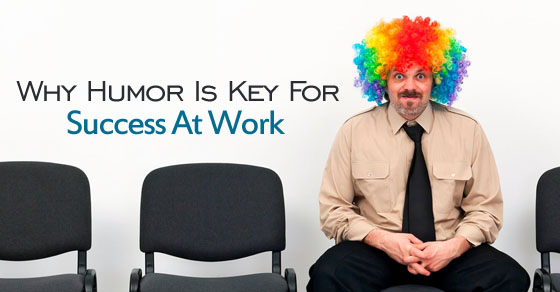 Why do people avoid being humorous?

“Humor, by its nature, tends to have an edge to it, so people typically tone it down at work,” says Laura Vanderkam, author of What the Most Successful People Do at Work.

We all tend to take ourselves way too seriously at work. Many hesitate being humorous to come across as serious and dedicated workers. They feel laughing and cracking jokes would make people think of them as trivial and no one would take them seriously. Sadly, people who are too serious are hardly ever taken seriously.

Many don’t wish to take the risk of offending the boss by being too humorous. There is an invisible line between the boss and his employees at most workplaces. A reserved boss will automatically scare his employees and cause them to shut off from being their real self at work. Therefore most jovial people pretend to be reserved to please the bosses.

4. To avoid being labeled:

Therefore, as Oscar Wilde puts it, “It is a curious fact that people are never so trivial as when they take themselves seriously.” You too bring in some humor into your workplace. We now show you how it will benefit you and your work.

The Importance of Humor in the Workplace:

1. Makes you more likable among customers and clients:

Customers by nature are inquisitive and talkative. If you act too serious or reserved around them, chances are they won’t trust you. They’ll be around as well as deal with you more if you can hold a lighthearted. It makes one feel that you are being genuine. A dash of humor here and there in the middle of your dealing with clients can instantly make you more desirable

An individual who converses a lot and is humorous is trustworthy because he/she reveals his original self which can easily be differentiated from the professional self. Therefore, others feel he/she has nothing to hide. Humor is a sign of an open person with no secrets. They also come across as innocent. Authenticity can take you a long way.

The best negotiators and influencers are humorous. In fact, the most famous personalities have a good sense of humor if you notice. Nothing solves a problem faster than a joke or laughter, suddenly out of nowhere in the middle of a heated up conversation. If you find yourself in a heated up conflict which has no hope of a resolution, add a dash of humor or a punch of a one liner and notice the changes it can bring about. It lightens the mood and initiates a compromise.

A humor filled and upbeat environment encourages communication, development of new ideas and lesser hesitation at thinking out of the box. This in turn increases productivity. Also, if the atmosphere around you is jovial, you become more passionate and your work ethic increases. Moreover, in a study of more than 2500 employees, 81% polled that a fun environment at work made them more productive.

Humor and creativity have a direct correlation. Most creative people do not take themselves seriously. Humor is said to allow the brain function better and activate that part which is responsible for generating creative ideas. Workers who only focus on the stressful aspect of work do not get things done. Happiness leads to positivity and positivity leads to creativity

7. Colleagues find working with you fun:

Everyone loves hanging out with people they like and are comfortable with. Workplace is where we spend our maximum waking hours and we would never wish to spend more than half the day getting bored and stressed. As discussed earlier, humor makes you likable to everyone therefore a worker having a good sense of humor will have better relationships with their colleagues and people will actually have fun working with them.

A good sense of humor will always keep you in a dominant position among all your colleagues or workers. Clients, colleagues as well as your boss will gladly listen to you and take in your suggestions if you are a humorous and positive individual. You will greatly succeed at grasping people’s attention in conferences, board meetings and the like.

9. Proven to boost memory retention in the long term:

Just as children remember anything better, which is said to them in a humorous and cheerful manner, adults do the same. Remember teachers cracking a joke about homework or an assignment? You surely remembered that better. Anything that is humorous will seek your attention and a humorous presentation or a cheerful meeting is bound to stay in your mind longer resulting in better learning at the workplace.

Sounds of laughter and cheer are bound to attract others to your desk. This increases your social circle and also enhances connection and communication. Communication is easy but with a mix of humor the connections that you will form will last a lifetime.

There is an undeniable status gap between a boss and an employee at every workplace. The boss is obviously higher up on the ladder than you are. This creates feelings of tension and nervousness when facing him/her. To avoid this, just break the ice and be humorous around him. Know your limits and you will succeed in having a very friendly relationship with your boss.

A dull boring workplace faces the issue of absenteeism. A phenomenon which means almost every employee either takes leaves frequently or is present at the office but mentally is absent. This in turn reduces productivity. Humor creates a cheerful and friendly environment which greatly motivates the workers to work harder. They start enjoying coming to work. If a workplace feels like a second home, absenteeism reduces and professionalism increases.

Persuasion is a powerful tool in the corporate world but not everyone is successful at using it. Humor makes it easier. When you try to persuade someone to which the person disagrees, make it seem casual by being cheerful and easy. It will distract them from the ongoing tussle and they won’t feel like something is being forced upon them. Most later get persuaded if you keep your cool and your humorous nature intact.

A positive mood encourages a greater flexible decision making capability. You will be able to analyze any given situation or problem faster with precision. A faster decision means less wastage of time and increased productivity.

15. It will be easy for you to accept the unconventional:

We now know that if you are a humorous person, your colleagues are going to accept your views and also listen to you. While this is important, what is equally important that you be open enough to accept others views too. Being a cheerful person also makes you a better and more open human being. You will find yourself accepting and approving of new ideas which in turn will resolve conflicts at your workplace.

Humor is said to release the chemical serotonin in your brain which enhances objectivity, focus and overall brainpower. This makes you more efficient at the workplace helping you climb the ladder to success faster.

17. Your good health will reflect on your work:

Humor is said to improve blood flow, burn calories, strengthen the immune system, relax muscles and induce happiness. An amalgamation of all this will definitely make you more efficient as a relaxed and healthy body and mind works better than a fatigued one.

19. Doors of opportunities opens up easily:

It is but obvious that everyone is going to want to hire you if your previous records show you to be a jovial, confident and humorous person. Even in your present company, for most projects and important dealings, the chosen one would be you. Research shows that managers having a good sense of humor are given more opportunities in an organization.

20. Humor is directly proportional to your paycheck size:

As discussed, humor makes you likable, reliable, a leader, intelligent, creative trustworthy and so much more. How can you not expect a promotion at work then? The funnier you are, the bigger the bonus you are to receive.

While humor has so many advantages, keep in mind that this applies to good humor. Humor used in a negative way can greatly harm you and raise conflicts at the workplace rather than resolving it.

i. Do not mimic an introvert or a new employee:

It will make you come across as a bully rather than friendly. Hurting someone’s emotions or making fun of them is not humor.

ii. Do not spread rumors just for the sake of fun:

This is again negative humor. You will receive a laughter or to but will also lose friends and be labeled as an evil person.

iii. Do not be a narcissist:

There are many who make fun of everyone but themselves and build a superiority complex. This is again wrong. You can make fun of others in a friendly manner provided you laugh at your own shortcomings too.

iv. Do not overdo it:

Be mature enough to understand that there is a time and place for fun. If you joke around 24*7, you will actually come across more as a casual stupid person rather than a positive one. All play and no work is not right.

All said and done, if you are still not convinced that good humor works, I have a story for you.

John F Kennedy at the age of 43 got the Democratic nomination in 1960 and also won it. It was one of the closest elections of the United States of America. During the election campaign he was accused of buying votes by the press as his wealthy father had funded his campaign. Kennedy got to know this and badly wanted the press to support him. In the next press conference he took out a telegram from his pocket and said, “Friends, I just received a telegram from my father which says, son, whatever you do, I am not going to fund you for a landslide.”

The issue was never raised by the press again.