What is a Negative Attitude:

People who possess bad conduct and get easily attracted to the bad in everything are said to be the one who has a negative attitude. They usually pinpoint negative in everything whether it may be people, situations or behaviour.

The very first two mindsets will not disturb the environment mostly. But employees with bad attitudes are very difficult to handle as they cause a disturbance to the environment and also pollute the workplace ethics. 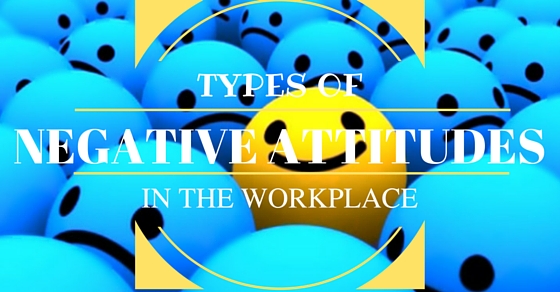 One most important thing to be noticed is, it is very tough to pick or identify the negative attitude of people in the workplace as they are like a grenade. It would be found only when it explodes.

Hence, it is very important to identify these negative attitude people and stop making them affect job performances or not create any negative vibes in the work environment.

Bad behaviours, especially at the workplace, are something which cannot be tolerated. It can spoil the good work environment at the workplace which can hinder the productivity of the employees.

Even if your coworkers do not speak about it, bad behaviours surely irritate them. This can result in creating a disturbance in the relationship between your colleagues.

Terrible 10 behaviours in the workplace:

Effects of Negative Attitude in the Workplace:

Before moving to the adverse effects of a bad attitude at the workplace, let us look at a few features of effective teams.

As per J Richard Hackman, in his book Leading Teams, “Effective teams are the ones which deliver results that are more than expected by the client.”

Working process leads the team to become a cohesive group in the long term.

Its a team of individuals who work together and get better together.

Now keeping in mind the above points, let us discuss the effects of negative attitude

Few other effects of negative attitude at the workplace are

Read this post to know more about the different types of negative attitudes in the workplace.

List of Bad or Negative Attitudes in the Workplace:

1. Exaggerating co-workers mistakes in the team:

One of the most common negative attitude found in the workplace is exaggerating others mistakes which is not a very decent attitude. It is very natural for an employee to commit a mistake in their work.

There are few negative attitude people who try to ruin others career by highlighting the mistakes committed by them. Yes, it is very essential to make them understand their mistake and help them recover from it. But not spreading it throughout the office, as it will eventually pull them down and feel bad about it.

2. Speak ill about other employees or spread rumours:

There are times where few employees miss out in their personal or professional life. And it might also reach the workplace by many loopholes. In those cases, there are few negative attitude employees who spread the rumours or comment on others personal life in the workplace.

This will totally ruin the affected person as well as it will create a negative image of them. Spreading rumours is one of the most common type of negative attitude which has a lot of impact on the workplace.

3. Backbiting about the managers or co-workers:

Especially, commenting on the manager’s opinion or speaking about others way of thinking is a very negative attitude in the work environment.

4. Dominate the team or do not be in line with the higher officials:

Being not in line with the motive of the organization is also one negative attitude exhibited by the employees. For example, there are few employees who always tries to dominate the team or never go in sync with the team’s opinion.

It is good to have individuality in a team but do not create havoc or always try to oppose the higher official’s verdict on any issues in the workplace.

Every employee may receive both kinds of criticisms from their colleagues or higher officials. It is very natural to feel bad when receiving negative comments. But this does not mean, no negative feedback cannot be accepted.

One of the most common negative attitudes is to oppose or fight back when they do not receive good criticisms. Showing attitude or retaliating on negative comments is not a good way to show opposition.

6. Do not compliment the good work of others, rather try to pull them down by speaking negatively:

There are times where co-workers might perform their best or have a good set back for their project.

At those times, there are few employees who do not appreciate others good work or never compliment any other employees in the office.

This is one of the worst negative attitudes which ruins a individuals character completely as appreciating at work or encouraging co-workers is very important in the workplace.

Worst case is negative attitude people also speaks ill about an employee who out performs in the workplace.

7. Too many expectations on their presence in the team:

In an office environment, not every single day the higher officials might encourage or complement their team members. It is very natural to forget or miss out a few employees even when they show a better performance in the team.

One of the most common negative attitude is expecting too much in appreciation or always expecting to be in the limelight in their own organization. This is a very suffocating attitude as it might disturb the whole team as everyone might become very conscious of each other.

8. Expressing the views in a very rude manner:

Not all times it is necessary for a team to accept every single employee’s opinion. Few employee’s viewpoint or opinion might be rejected when it comes to making a progressive decision for the team. One of the worst ways of showing a negative attitude is expressing the displeasure in a very rude manner.

Sometimes, a few negative attitude employee might show the worst workplace behavioural attitude like tapping the table or shouting in a higher tone in the team to show their displeasure. This is a very disturbing attitude as it might disturb the work ethics as well as ruin the entire atmosphere in the workplace.

9. Showing disrespect for other emotions:

Every single employee in an organization might have a different lifestyle or various personal opinion on many issues. One of the most disturbing negative attitudes is to show disrespect to others opinion.

For example, in an office where thousands of people work together, few employees might feel like taking a break from work or might have some personal emergencies, in such cases, there are few senior employees who do not respect or appreciate their team member’s decision.

They either try to neglect or make fun of their team member’s emotions in a very harsh way. This kind of negative attitude is very commonly found among employers.

In such cases, there are few employees who always spread very confidential matters outside the team or they do not maintain any kind of secrets within themselves. This kind of negative attitude might harm the team as well create a bad image for the person.

11. No ownership, when committed a mistake:

It is very common to commit a mistake in a team. There are few people who either get scared to take the ownership of committing a mistake or in a wanted way escapes from accepting the committed mistake. This type of attitude is not healthy and it causes a negative vibe in the whole team.

12. Introverted nature is not acceptable at all times:

It is not necessary that every employee has to socialize with all the members of the team and be a very go-to person. But is essential to not be a very moody person or like have a very introverted nature. This cannot be called as a negative attitude, but there are chances of being misunderstood by the team as they do not share anything or they tend to stay away from the team most of the times. That too introverted nature becomes a problem when the employee stays away from being in a team while making important decision-making scenarios.

Examples of Negative Behavior in the Workplace:

Here are the 4 Kinds Of Employees that Could Be Your Company’s Downfall.

These type of employees break the rules unintentionally.

These type of employees get involved in counterproductive working methods

These type of employees wantedly harm the organization.

The employees get involved in counterproductive behaviours that subvert their employers’ authority.

The above-mentioned behaviours of the employees can be averted if managers can take a pro step. Some of the steps managers can do to reduce these behaviours

An office environment will have all types of people. And it is to be understood that even when one employee has a negative attitude it affects the whole environment. And most importantly all the negative vibes might disturb the productivity of the organization.

A team lead or a manager is not alone solely responsible to make the environment positive. It is the duty of every single employee to take care, controlling their attitude when it comes to work.

It is very important to remember, any kind of issues or problem among the team or work-related can be addressed only when being positive towards everything. Like a virus detecting software for a computer, every individual employee should work helping each other to not show a negative attitude to each other. This not only helps the workplace become better, but also it helps every individual employee to grow personally. Hope this post helps to know more about what is a negative attitude and the different negative attitudes of the workplace.