Attending an interview is always an intimidating experience, especially when there are people who are going to judge you for your behaviour and attire and validate whether or not you are fit for the job.

First time interviewees often experience stress and anxiety while attending interviews and they often get tensed about the outcome of the interview. You should keep in mind that there are many others like you who have practiced by themselves, looking at the mirror, or have practiced with their friends or even made notes to revise before the interview.

But what makes one stand out from the rest of the crowd is, how well you perform during the interview and how good you are in tackling the problems assigned. 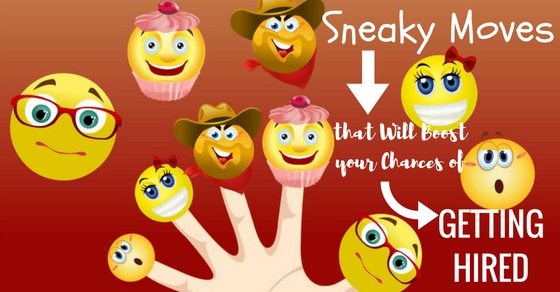 Keep in mind that how you behave during the interview should be very much similar to your real attitude and personality.

Try not to create a distant alter ego as this can be very difficult to keep up with during the interview and most of the times you will end up lying or will create a false impression about you.

On the bright side, there are methods in which you could control the atmosphere of the interview, impress the interviewer and eventually help you to land the job.

Sneaky Moves that Boosts Your Chances of Success at Interviews:

2. Boasting about a referral:

4. Exercising before the interview:

5. Try to collect some inside information:

6. Try to channel your nervousness into enthusiasm:

Interviews are not always fun and games. They might not be as easy as you think, even if you are a seasoned jobseeker. But with proper planning and strategy, you can increase your possibility of passing the interview and getting the job.

Try to adopt a few tips and tricks and successfully incorporate them during the interview. Try not to use these tricks as a form of manipulation and mind game as this can easily backfire right back at you. Also, try to learn more about the company and the interviewer as much as possible, so that you can effectively do a good job and show that you have the perfect persona in being the right candidate for the job.