There comes a point in our career planning where we discourage from doing what we want because the career choice we have for ourselves doesn’t fit the gender roles. Men will discourage nursing, social work, and teaching while women told not to experiment with science and security.

Men who want to do feminine jobs have been teased about women and sexuality, whereas women are teased and looked down upon for choosing a male opportunity.

Given all these issues, it is imperative that in career planning, people will be allowed to follow such dreams to use their skills and interests. Career planning, after all, must never be about gender stereotyping.

In this post, we are going to tell you about career planning and how Non Traditional careers are becoming popular. Keep reading to find out its pros and cons.

What is a Non Traditional Career?

When we use the term nontraditional, we are referring to jobs that have been filled out by one gender. The US Department of Labor defines the non-traditional occupations for which most individuals from one gender will compromise around less than 20% of the people who are employed in such occupations.

The term of non-traditional careers will also refer to jobs that have been filled by one gender specifically. The US Department of labor will define the non-traditional occupations for which most individuals of one gender which have less than 25% of the people employed in such occupations.

Men and women usually have these preconceived notions of what and how men and women work. Very few jobs have requirements which will effectively limit the employment to only women and men.

There is one option that many people may overlook in their job search for non-traditional employment. Traditionally the career choice has been influenced significantly by tradition and the way that we have been socialized. Therefore both women and men are unaware of the alternatives and their variants that are available to them.

Benefits of Selecting a Non-Traditional Career:

1. You get to earn a better salary:

One of the biggest and most beneficial benefits that come with earning a non-traditional career is that you get paid a lot. And most of you must be working to maintain a good financial position at home, right?

Having a good salary is very common for people who have chosen/picked a non-traditional career. This is very true for women, engineers, and technological jobs. They all have good and lucrative paychecks.

Nursing is a great and more non-traditional example that offers both men and women great compensation. If you want to consider this opportunity, you should go ahead and do so.

2. You get more advanced job opportunities:

A second beneficial point with non-traditional careers is that it gives you a well-stabilized path for advancement that is more unionized. All of these factors will facilitate more opportunities for growth and lead to much bigger and better responsibilities which also includes a higher salary. When you get more advanced job opportunities, you can expand your career, explore new options and become more successful in the business.

3. Satisfaction in a job:

When you are selecting a career based on the strengths you have and genuine interest involved, it will lead to better job satisfaction.

Nowadays, more than before, men and women have been excelling and finding happiness when it comes to having a non-traditional career.

In case you feel like you could do a great job and excel with the non-traditional occupation you have chosen, then you might as well go ahead and do it instead of feeling so shy about the current existing gender stereotypes.

You also get several other benefits such as good pays, incentives, fast promotion, salary hikes and holidays that keeps stress miles and miles away. If you want to be happy and successful, a non-traditional career could be perfect for you.

5. A great chance to learn something new:

A new career is a great chance to expand your knowledge and a non-traditional career will stand as a great opportunity for you to become even smarter and broaden your horizons.

If you happen to be that sort of person who enjoys learning something new and would be interested in getting paid for that, then choosing something like a non-traditional career would be perfect.

Plus since you are getting to learn cool and new stuff every day, why wouldn’t you want to consider such an amazing job opportunity?

Several career opportunities are appealing to us since they boost financial success and livelihood. Moreover, non-traditional careers may often come from a shortage of having qualified personnel because of resources that are lacking from a certain gender.

This may also lead to several benefits as well as security in your job, especially for people who enter such a field of occupation. In short, economic self-sufficiency is one of the most wonderful benefits you can ever get out of choosing a nontraditional career. It will help you feel safe financially and secure your future as well.

Gaining hands-on expertise and training in a field that is desirable shall make you even more valuable. In the economy we live in today, you may also be able to find something marketable as well as something that is more specialized and requires a certain set of skills. In short, it will help you learn a new range of things, after all, you will be expected to fit into so many roles.

Finally, you will get a whole range of activities and careers to choose from. You can become anyone you want depending on the career you want to choose.

Non-traditional careers can impact society. No one gender will have a lock on any occupation and the workers who have some of the first of their gender to be able to succeed in the career will open the door towards others.

For women, another plus point is that the pay happens to be much higher than careers when men usually dominate. Therefore you will have enough potential to make cash in a non-traditional way. Another way is that you will also give a position for responsibility sooner because men have often seen as possessing leadership including other important skills.

One of the worst and biggest challenges for an option for nontraditional careers is that they are not for everyone. They will not provide you with any recognition of any sort.

The respect that you usually hope to get from most non-traditional careers will not occur since the career choice doesn’t have any. This is very true in the case of competitive industries like film, fashion, and entertainment where talent cannot guarantee you any kind of success.

A big problem with non-traditional careers is that they don’t have great mentors. Mentors who happen to be in the much higher echelons within the field they work could become critical to your success since they can help you see the right way.

However, not everyone who has godfather banks upon this to get hold of a good platform and to gain a proper hold inside the industry that he or she happens to be working in.

3. Very little cooperation from other people:

Another problem that mostly felt by ladies while working zero cooperation from male workers in professions that have dominated by males mostly.

You could regard this as the spot that they could want the worker to have or maybe a token worker who hired recently to appease a few members of the staff. In all the worst circumstances, the negative feelings among the co-workers may lead to sexual harassment sometimes.

In most of the developing countries from the world, relatives and parents have a good say regarding the career you choose. If you happen to be a young member of your family, we are pretty sure your relatives may have something negative to tell.

Because most people have a traditional mindset, they will not respect and value the career you’ve chosen for yourself. As a result of this, they will ridicule the choice you have and put you down as well. That could make you feel demotivated since family support is all we want from others.

5. The taxing schedule is high:

This one is quite true and maybe true in the case of several professionals who have regarded as the male bastion of management, medicine, and defense where hours of work could be quite tormenting for females mostly.

The high taxing schedule is quite common in non-traditional careers and an annoying choice as well. The physical and mental challenges that girls face often can become quite an overwhelming experience and in case they fail to overcome them, they will be the ones held responsible.

Only the ladies who have a much higher level of dedication and ability to keep up with all the hard work and schedules are perfect, which is not possible for everyone.

6. No stability in work:

One of the most common challenges that come with nontraditional careers is lack of stability. Having very little income is a hardship which faces by people who are opting for unconventional careers such as film making and photography.

During the first few years, surviving in such a profession is quite an uphill task as most professionals survive from hand to mouth. Everyone doesn’t have that willpower and grit dealing with such difficult situations and become successful.

People who are going through counseling sessions before using such careers must make a wise decision during the first phase, it will become an uphill battle in the industry too. 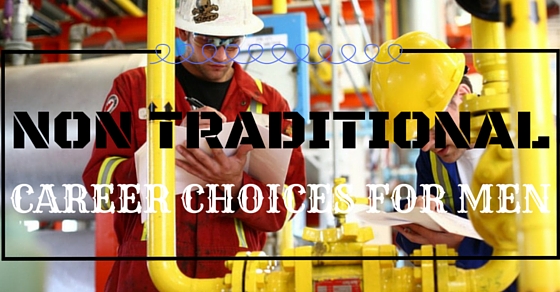 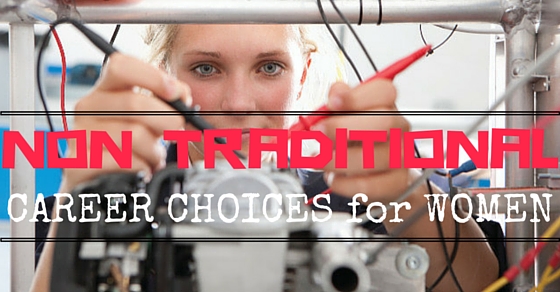 If you happen to consider a non-traditional career, the best way to determine that is to see whether you can pursue that career.

For that, you need to gather information as much as you can so that you can gain more experience whenever it is possible. Also, you will have to go for informational interviews and some job shadowing with some people of your sex who are already successful with what they are doing.

It is essential through such activities that when you can learn more about the frustrations and joys, you will get a career that could help you. And for that, you will also gain enough experience in your career with some internships, employment, and volunteering.