Performance review at work is a important phenomenon required for establishing a good platform in career. The work performance review comments given by different people about perspective personnel help the particular person to reform himself/herself better.

All reviewers or critics always keep in mind that they have to provide a statically analyzed report as their single sentence can make or break the confidence of a person.

The firm’s output depends on the performance of a single employee similarly as it got effected by multiple employees. If firms want to earn profit then they have to do their employee’ performance review regularly. 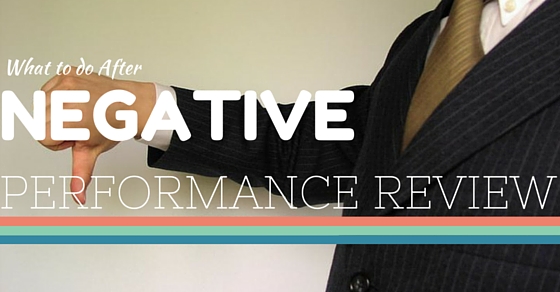 Response Either Positive or Negative:

Work reviews have two phases either positive or negative. It depends on a person how to take the review and implement in life for progress. Positive reviews definitely give a boost to the moral of a person and he/she tries to perform better than previous presentation.

The good performance review or positive review is considered as nectar for tactically dying person. A single word of appreciation gives him/her a new spark to perform at perfection. Positive review is remarkably a milestone in the career of an individual. Increment is essential to boost up the performance of every employee.

Practical people take life as an adventurous game where a negative response is a hard level. When an employee review goes bad or employee gets hard revert then it means there is a scope of improvement in the employee performance.

How to React to a Negative Performance Review:

On a negative review or bad reviews most of the people give similar reactions and the outcome of their reaction is always destructive. These kind of people not only destruct their life but also leave a disastrous effect on others life.

The negative performance review sometimes had become a reason for loss of life. The reviewers most of the time think hundred times before defining any critic as it will bring them lot of threatening revert.

The people mainly react about the present condition of the situation; they never focus on futuristic perspective of a situation. It is pretty essential to take every comment as compliment for the betterment of oneself.

The very first reaction of a person who has got negative review will be aggression. These people become enraged on listening negative performance review and sometimes can take any extreme step in anger. The people have no control on their raged views; they just flow under the influence of aggression.

Many people in aggression make friends their foe. They just define and declare nonsense words in aggression but their counterparts take that behavior as an aspect of insult and start plotting revenge. These revenges are life threatening.

Aggression usually lasts only for few seconds but the after effects of aggression are long lasting, even sometimes a person has to repent whole life on his/her small aggressive moment.

A jealousy is a natural behavior of human being. A human can do anything in jealousy. The jealousy is not always a negative aspect, it can also be positive but most of the people creates blunder due to jealousy.

The young generation is mainly a victim of jealousy. They also commit offenses just under the influence of jealousy and destroy their whole career. Jealousy is that behavior which is adopted by most of the firms for bringing best out of their employees but the team leaders sometimes misjudge their reactions which can be hazardous for any, maybe the victim even as the offender.

Negative reactions compel aspiring candidates to take wrong decisions which can be an end for their career. If a new employee gets a low response from senior then he/she can think of changing the job instead of improving himself/herself.

Immature decisions are not only taken by youngsters, it can be taken by anyone at any age just because of a single negative performance review. Negative review is a spark which turns into fire easily, but it depends on the person he utilizes it for molding or burning. Fire has both qualities only user should have knowledge to manage it.

The employees do regardless behavior towards those seniors whom they considered as their mentors earlier. The reason behind it is that, they got a negative comment for not performing well in any task. It usually happens that sometimes a human being is not in a state of mind to perform accurately. He/she gives response but it couldn’t be taken as best outcome.

The previous record of that employee was much better than his present attempt. This single negative response decreases the respect of the senior automatically without any thought of previous relations. It never takes more than a second in which a person turns into an enemy from a well-wisher.

In present scenario, people have materialist approach more than practical. They consider things more important than relations and lessons. The negative response always gives a lesson to reform but materialistic approach of people have made them blind due to which they consider the moral values a content of books. They think morals look good if these are written in books but acceptance in reality is not a worthy concept.

The people are pretty shameless while they consider their desires. They just want a list of luxuries around themselves without any hesitation. The money is a slow poison which takes away everything with it, so it’s better to maintain a realistic approach to get a boom in career.

In short, violent reaction on negative performance review is an outcome of narrow and immature mind. It’s better to avoid short term reactions for better output. It’s not wrong to say here, relations are pious and there is a need to save them from the fire of negative feelings.

How to Recover From a Negative Performance Review:

Negative performance review is not a bolt on the progress chart of an individual’s career if an individual takes it as a learning experience. But if he/she takes it as an end of whole world then definitely everything ends up for them.

There are few ways to get positive outcome from a negative review for best performance and providing quality assurance to employer. Negative comment is just like a bitter medicine, which is hard to swallow but extremely effective.

Calmness is an essential factor needed for better understanding of any aspect of profile. All intellectuals define calmness as a must factor for better performance. The first and last foremost in the way of success is decision making with calmness.

The people who achieve success always had faced failure in their lives but they overcome it’s negative impacts with calmness.

Steve Jobs got a negative review in the mid of his career but he never took it a jolt in his career. He took that negative review as a challenge and proved the world that he has capacity to overcome any obstacle. He became the epitome of industry for centuries.

2. Need of an action instead of reaction:

Experts suggest action speaks louder than words. It’s correct in many aspects as it’s easy to react on any comment. Whereas, it takes a lot of hard work to turn that comment into a compliment. The people with disabilities also have firm determination to perform well even they are discriminated at every turn.

The opportunist takes an action in a reliable way to get back his/her respect. The team leaders are always quiet on the non logic questions of their teammates but clarify them their mistake with a quirky aspect.

As if you want an increment in your salary then you have to prove it to your employer with your performance, as only verbal convincing will not work.

Actions can be counted and reactions on them can be measured but verbal or oral promises are of no use.

A subjective manager can make his team the best team in the sector because he/she will consider positive and negative aspects of every decision first, before taking any step.

Practical approach is a positive aspect of today’s business world. The people indulged in activities where an action is being taken with practical approach have chances of success as compared to those who take decisions in day dreaming.

Indeed a practical format has been an effective way and it brings a lot of profitable output. The practical thinking gives a strong desire to the negative commented person and he/she performs well by overcoming their loopholes. The life is a bundle of different things so be practical to live life peacefully and happily.

5. Take a lesson from your Mistakes:

Mistakes are always those hurdles which come in the way of success and provide a reliable lesson to all for whole life. Mistakes and failure make a person strong enough to bear the slaps of a hard time. The reason behind the success of most prominent people was their determination and positive approach towards mistakes.

The successful people always took mistakes a learning lesson not only for one time but for whole life. They also shared their experiences with aspiring ones and taught them that it’s important to take mistakes in a positive way and share experience with others. The experience for one is also a lesson for other.

The above pointers explain one, on how to deal with criticism. In a nut shell, a negative review is a learning lesson for all individuals. The people of society should look into the case with a positive approach instead of taking negative performance review a point of attitude.

Ego can never help a person to improve in any field; if somebody wants success and improvement in life then he/she has to become benevolent. The person also has to be eager to accept the faults in reforming way. Reforming fault is not at all any inferior task, it’s the best solution to all problems.