Social media plays a role that will create stereotypes in one’s life. The behavior of the email also plays a vital role in the mind of the people. 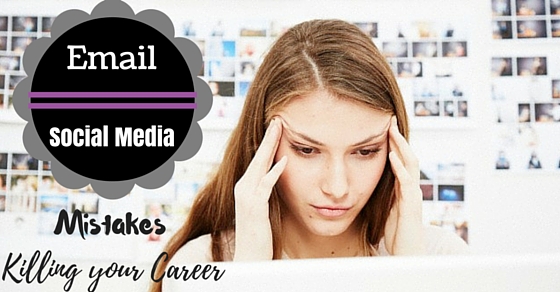 An email is a method of transferring digital messages from one system to another via the internet. It can be abbreviated as an electronic mail system. Sending an email to someone denotes conveying a message to the other people. It can have multiple recipients. The messages can be stored and retrieved later.

What is Social Media?

Social media can be defined as the system-dependent tools that allow people to share the information, exchange of thoughts, bestow their experience in any aspect, career interests, disclose the videos and pictures, etc. It deals with the process of representing; analyzing and comparing the community based input data.

Purpose of the Email System:

Generally, email is considered as media for communication wherein the messages are conveyed. Email can be designed as the repository of data and the main fact is the protection of intellectual property.

It will reduce the overall risk of the duplicated messages. Usually, each enterprise creates its own infrastructure of messaging that enhances business processes. It acts as storage optimization and also as the messaging system. Some of the purposes of emails are listed below. They are:

a. Sharing of basic information:

The sharing of basic information means that the employees in the organization will be aware of the new policies and it is also easy to handle the assigned task. Everyone has to reply to the explained information. It is also considered as an easy means of communication.

b. Advertising and marketing:

The email system always relies on advertisement and marketing. It helps the seller to easily reach out to the audience. Personalizing the messages with the names of email recipients helps to establish the link to the organization.

c. Negotiations that are to be handled:

In an email system, one can negotiate with the other parties by sharing figures. It is also considered as the repository that will help in keeping track of the proceedings that are dealt with earlier.

It is also mainly used to build a community of people in which everyone can expose their point of view on certain points. Adults will concentrate more on the study of holy books and the other related sites whereas the youngsters are more active in other things.

How to Use Social Media for Excellent Results:

As soon as facebook originate people so much excited about it. They also started concentrating too much upon the other social media sites that work as best as a book. It craves the link between the name and the face and it also connects people in a wide range.

Twitter use for efficient exchanges of quick and short messages with the other people of the same sphere. Google wants to create a social network that provides interaction between people to attain perfection in living life.

Pinterest enables one to post or search for information regarding their passion into an inspirational system that might be the person’s dream and the gathered information will be useful in the future. And finally comes the LinkedIn network, that enables again people to interact elegantly or even in job search programs. Finally, it is upon you, on how you make use of social media.

A social network creates by individuals or by an organization. It usually depends on psychology, sociology, statistics, and the theory of humans. It helps to create relationships among various people with the same fields of interest.

Social networking mostly web-based applications in which the user creates web based content. It acts as a communication mode for the mobile community, through broader sense and group centered services.

Social sites provide a creative way of communicating with people. It helps to strengthen the relationship in the concept of stay connected with past and present friends. It has made things too easy.

It can make new connections among people without leaving their homes. It makes one feel confident to meet others. It may discourage people from meeting face-to-face which might create various problems for the people in the future.

Bookmarking sites affect the external user and the personal interactions with the user. This helps in exploring new ideas and also collecting ideas from experienced users.

Here users share various information and give opportunities for the people to understand the concept along with the other external resources. Here the bookmark data will paraphrase, quoted along with other materials. It will sometimes affect the internal users and their personal interaction with the system.

As many people would like to share media such as music, video, picture files into the player library. It enables an individual to play sounds on another computer from home. It acts as a networked digital media which is depending on the private network.

The files can share only within a private network and not outside it. To share, one must require internet, cable or DSL jack, broadband modem, and a wireless router. The network can wire or wireless for the medium of transfer.

Emails usually notify the mistakes that commit by their co-workers. It helps one to understand employee behavior in the workplace. Here are a few mistakes that will kill one’s career:

Emotive response is something that one can understand by the emails that cause anger or imbalance in the conversation. Even though every official mail has to respond the moment that distracts leaves a black mark about the conversation.

Overloaded information causes a crash in the server when too many people transfer huge information. The backend citing has to be known for handling this software.

It mainly depends on the relationship between the sender and the receiver. Because in certain cases the words will remain either untyped or typed as in shorthand writing.

People who don’t actually spend time on emails will choose the option “Mark all as read” and proceed with their job. But generally, this creates a lot of misunderstandings and arguments. So, the best way to avoid such disagreements is to clarify with the email before sending it to the receiver.

An email has to check periodically so as to maintain it without including the emails in the spam box.

The usage of spam has to maintain properly. This process can do by anti-spam software which will personalize one’s inbox based on the preference. Here one may commit a mistake while creating a label for reference. Generally, it is advisable not to reply to the mails in the spam box.

Sometimes we may feel the pain of the increase in procrastination. One may sometimes feel frustrated to reply to the emails that are overflown in the inbox. Either he/she must reply once he/she is in a proper mindset.

Viruses such as Trojan could seriously affect one’s PC which may cause damage to the system to a greater extent. Instead of allowing the virus it is better to follow the rules and regulations properly.

If the content in email is too long the receiver might feel it hard to go through the entire content. So it will be better if the sender sends the email in brevity manner.

How to Avoid Mistakes in Emails:

Forwarding the emails makes one lazier. There are few rules in forwarding an email. They are:

Nowadays social media has enlarged its network which helps in money making business or to market one’s professional skills. Breaking through the challenge and attaining success is important for one to set their goals. Here are the top mistakes that spoil one’s career:

1. Lack of authenticity and transparency:

Generally, it denotes the people who just create an online persona and do not resemble the same in real life. Social media does not allow one to maintain the image in the present world. If someone feels that protection is a must then he/she should focus more on authenticity which gains more reputation.

Overestimation is something that is created in the minds of the people that if a person sells his/her product then it is meant to be sold. But actually boasting off oneself will create a lot of problems and there will an imbalance in posting.

People like to read something which is more interesting so it makes the audience to come in search of it. This makes the seller overestimate himself.

One should always keep in mind that the seller can provide the relevant content that makes the social platform wider. Consistent values add to success in long term relationships.

Actually inconsistent posting will relate to the people who follow the growth leaving out certain things. The articles that posted should be brand new which will attract the sellers to read the posting and rate it accordingly. One should provide the audience a consistent content to be more reliable.

One may not imagine a day without social media. Email and social media are considered to be a double edged sword. If people utilize them in the best way then it will be very helpful. Otherwise, they may feel the absence of information and stay detached.