In order to make employees work well, it’s rather important that they reward when they perform tasks in a satisfactory manner or when they achieve a particular target. And In addition, to reward if you wish for them to work positively through the project, it is important to give employees good incentives which they look forward to in the time to come.

In order to run your company in a successful manner, it is vital that you as the boss know the basic differences that exist between bonus, incentive, Pay Commission and split share. These terms often used interchangeably, but that should not be done at any cost. 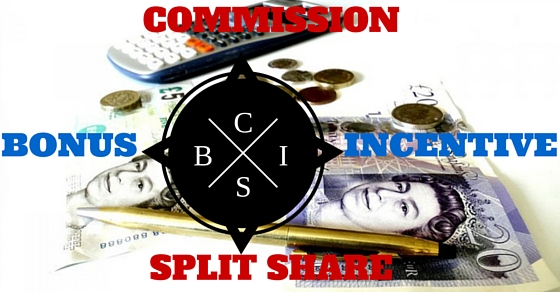 Difference Between Bonus and Incentive:

Both bonuses, as well as incentives, often give in companies as a means of constantly encouraging the employees to give their best no matter what. When either of the two gives out to the employees, the employees very happy and feel like all their efforts appreciated by the company.

One of the main reasons why people confuse between the two terms is that both give in addition to an individual’s set salary, both aim at making the employees feel content as well as both only give out if the task at hand has carried out in a proper and successful manner. Here are some of the chief differences that occur between bonuses and incentives.

1. The bonus gives after a task completed; an incentive offered at the onset:

One of the main differences that exist between bonuses and incentives is that a bonus plan grants to an individual only after a task completed by the person.

On the other hand, incentive pay mentions to the employees much before they have started working on the task and this incentive serves as a means to spur them on and to give their best no matter what hurdles happen to come their way in the course of their work.

In the former people have no reward promised to them at the onset, they simply let their conscious their guide and do their best because they want the company to succeed.

2. A bonus usually comes as a surprise, an incentive has no surprise element:

One of the best parts about receiving a bonus is that there is a certain fun surprise element to it, which makes the employees feel so thrilled.

On the other hand, once the employees have successfully completed the task which entrusts to them, they naturally look forward to receiving the reward which offers them an incentive to do their work well.

Loosely speaking, the incentive serves as a bribe of sorts which usually gives to children when parents want them to complete some tough or disliked task.

Giving incentives serve as an effective method to bring out the best in workers and encourage them at every stage to perform well.

3. A bonus is not something which guaranteed, an incentive promised:

It is usually at random or on the spot that the management or boss of a given company decides to give a bonus to his employees for accomplishing such a tough task. This reward gives well after the completion of the task when all the employees have had sleepless nights and brave all odds.

An incentive, on the other hand, guarantees to the employees if they complete the task. An incentive once the promise gives to the workers, who work tirelessly keeping the incentive constantly in their mind.

If an incentive bonus promises and not gives that bound to cause a big uproar in the company, by the employees.

This gift could be in the form of a paid vacation, some gift coupons or even some other kind of present. Sometimes this incentive does not come in the form of something concrete.

It could in the form of a title which that bestows on an individual or a particular benefit he or she gets over the other employee incentive plans.

5. An incentive has no bearing on future projects:

A bonus is something when once gives, encourages the employees to work better in the next project. If for example after giving your 100% in this project and receiving a bonus for your efforts, you will naturally work in the same manner for your next project, silently hoping in your mind that once again if the profits are good then the boss might decide to give everyone another bonus as a reward.

An incentive, on the other hand, is just encouraging for one gives a project, once a performance incentive announced and gives out, it has no bearing on what will happen in the future.

6. An incentive may be in the form of a bonus but a bonus is not an incentive:

A major reason why people confuse the two up, because an incentive can be a bonus, but what individuals do not realize is that a bonus, on the other hand, cannot serve as an incentive.

This is primarily owing to the fact that an incentive is forward-looking and encourages the employees to perform a given task well, whereas a bonus is something which only hands out once a task fulfills and the boss thinks that individuals have outdone themselves.

Difference Between Bonus and Commission:

Working for commission does have its obvious benefits whereas it ensures that your hard work rewards, yet one of the main disadvantages of a commission payment is that it often puts a lot of pressure upon the employees, especially for those who, on give month know that they will not get a proper salary because they have not made adequate sales.

The main similarity between bonus and commission is that both paid on the completion of a task as well as both given most often in the form of money. Given here are the chief differences between the two.

1. A bonus is not something which gives out monthly, the commission is regular:

It is obvious that no company can afford to hand out bonuses on a monthly basis. If a company bonus were to constantly hand out bonuses to the employees, then the organization would not be able to survive long as they would never be able to make investments in other important fields.

A commission, on the other hand, gives out to workers on a regular basis, whether it is monthly or weekly and this is something which the employees do look forward to once they have done their work properly or made the sales which they had expected to make.

2. A bonus amount is mostly the same for all employees, a commission amount varies:

Generally, most employees get an equal amount as a bonus. This is unless the bonuses have distributed on the commission basis of how many years an individual has served in a company or on the basis of an individual’s pay for performance. Very often to keep things fair and avoid a lot of chaos, companies prefer to maintain equality.

A commission amount, on the other hand, varies from one individual to the next commission based on the individual’s sales. It hardly ever see that two individuals receive the same amount as their commission and there is nothing unfair or unjust in this.

3. The bonus amount decided by the boss, whereas a commission amount agreed upon:

Employees of a company not involved in deciding how much money they should receive as their bonus amount. They simply receive the amount from the company usually in envelopes that distributed. They receive the contents of the envelope with immense joy as well as gratitude because of it unexpected.

As opposed to this, the percentage of the sales which an individual gets as a sales commission cannot be solely decided upon by the management of the company. Both parties ought to sit down together and then come to a conclusion after a fair bit of negotiation.

4. Bonus paid in addition to a salary; a commission may be a person’s sole earnings:

A bonus is a sum of money or a cash equivalent which grants to employees in addition to their basic salary once a tough and complicated job completes in a proper and successful manner.

A bonus not the individual’s only commission earned and it just comes in as something extra, with gratitude from the company.

On the contrary, a commission might be in addition to a person’s basic salary or it might not be so. It decided from beforehand the kind of system that going to exist. Unless all the terms agreed upon by both parties, nothing can proceed.

5. A bonus is not someone’s right; a commission is what guaranteed:

An individual in the event of not give a bonus cannot demand one. On the contrary, if an individual has promised a certain amount as commission once doing a particular task, he or she must receive the commission and can make a demand for it.

Getting a bonus is no one right and it is to a large extent based on the discretion of the boss. Whereas for a commission there are no two ways about a person receiving it, once everyone decides as well as agreed upon by all concerned parties.

In addition to the above terms which are often used in the incorrect contexts, people often find it tough to differentiate between a bonus as well as a split share. Given here are the two chief differences that are existing between the two terms.

The term bonus means something additional and unexpected which is offered as a prize of sorts. A bonus share is something that is usually given as a free share to investors. Another common way of rewarding those who invest in the company could be in the form of a dividend on bonus shares. A split share, on the other hand, is just a share that is split up.

As it has been mentioned above, it is rather unfortunate that even individuals who head companies are not necessarily aware of the basic differences which offer between these terms.

Using these terms at random and in the wrong context could easily spell disaster for the company, especially if the employees look forward to some recognition and reward and do not get it after the task has been completed.

At the onset, it might seem rather tough to differentiate between one and the next but as you gain some experience you will understand exactly which term has to be applied where and to what end.