Some times, you choose the career of your choice but end up getting frustrated to a large extent that you resort to the only solution, suicide. The ones who get afraid of the stress level, unhappy work conditions, fewer salaries, more level of sacrifice and long education hours finally end up doing suicide.

The research has shown different results in different cities like in the US, the people who have to study more for long hours, and has to sacrifice more to earn a lot commit suicide but this is not the case in Britain.

The professions which require less skill end to create suicides. Unfortunately, the researchers have not come with specific unified data regarding career suicide rates. The following mentioned are a few about the highest suicide rates by profession. 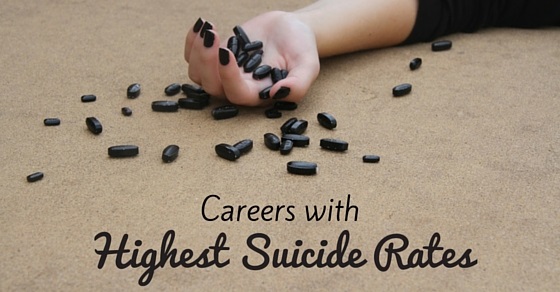 The profession of doctors demands tireless long haul working hours and 24/7 dedicated service. The physicians, surgeons, orthopedist or other countless fields of doctors need to dedicate their whole life serving the patients.

Just because there is no time left for oneself to enjoy and relish the small pleasures of life, the doctors tend to resort to this measure of suicide. This can be considered as the highest suicidal job.

Perhaps the scientists are a surprise on the list of highest suicide rate career, but it holds true that the work of a scientist is so technical and full of stress that one may resort to such deadly measures.

The pressure for new inventions, publishing the discoveries on time and the cut-throat competition leads to the higher death rates of scientists.

The work of the farm is considered to be the tedious one, but they are paid a pittance for that. It is not just in India, but in Western culture countries like America too. Maybe the work of the farm does not require much to study and memorize than the other technical fields and in turn the hard work to be done by the farmers is double the other fields.

Whatever is the reason, the reason needs to be sought out as the reasons differ from place to place. This can be considered as a profession with the highest suicide rate.

There may be scientific reasons for the increasing death rates among the electricians. While being an electrician is quite lucrative, but at times it can go worse when there is no work or when the economy is going in bad condition.

According to the surveys and the recent researches it has found that long exposures with the electromagnetic fields greatly affect the mind chemistry. The brain produces melatonin that ultimately leads to depression and leads to suicide.

5. The real estate experts or the agents:

The work dealing with properties and land is always risky as it involves lot of land disputes or any triples with other competitors or the real estate managers. Other than this, this profession may lead you to a hefty amount of money but can even leave you empty with pocket when it comes to no work during seasons.

Not only suicides are common among these people, but many cases of murders also come to the forefront, all due to the disputes rated money.

The inclusion of police officers on the list may surprise you, but it is true. The police officers have to undergo both the physical as well as the mental level stress that at times leads to emotional imbalance.

Many studies and research say that police officers are more than twice as nearly to show signs of depression than the other professions as they get minimum of sleep and has to deal with more crime and violence on an almost everyday basis. Suicide among police is quite common in America and less in other countries.

Even before graduating from the law school, the students get into depression as they have to go through the endless study of 24 hours sitting that kind of effects the brain and leads to such a situation.

Once the lawyers start practicing, they are likely to suffer from lawyer depression, extreme tensions and worries of wining the cases as it becomes the part of their image, among others, and hence in running such a rat race, it leads to more of suicide rates, even four times the other professions. Suicide among the lawyers have become so common that states have started with mental health programs, helpful for the lawyers.

This is no surprise as the profession deals in finance, handling heavy amounts and also at times facing bankruptcy, which is quite a task for brain to handle itself.

The finance dealers also include the stockbrokers on whom the whole economy revolves and when there is a huge burden of the economy on them, it is likely to leave them in depression and then leads to suicide.

Those involved in the field of animal care are called veterinarians. They are although not at number one in the list yet at times when they are depressed, they can reach up to this level and end up their lives.

The veterinarians have an easy reach to the medications and also have knowledge about them, using them for getting rid of their tensions, depressions and worries is nothing new.

All the managerial positions may also have the chances of committing suicide as more the pressure, higher the position, higher will be the responsibility and due to this the stress level will also be more.

So, all these things lead to depression and suicide attempts by the managers or managerial positions.

These people have to work long hours a day, sacrificing their social and personal life and when the sacrifices start ruling an individual’s life, the life is felt to be at stake, thus, no fun in enjoying the life is left and it leads to the deadly end of the person.

Most of the studies say that the physicians are less prone to such suicide but many other kinds of research suggest that they are equally prone to the suicidal rate and cases as others are.

Some jobs require you to wear lot many hats and control, manage number of areas at a time. This is true for the urban planners who are always working towards making the life of the community, neighbors better and sophisticated. The planners at times have to deal with the negative attitude and still manage them with his positive attitude, becomes a challenging task.

The people who prefer to be urban planners not just do their job but make it as their life. When the plans fail to execute the way you dreamt, it becomes a matter of great concern and is difficult to deal with. Meetings, seminars, workshops make a person’s schedule tiring and tedious.

Chiropractors juggle with people in many ways. The times when you are doing a solo practice with staff and people do not book chiropractors in advance and when there is a lot of demand, arranging for back guys becomes difficult in the peak workdays and leads to stress levels.

Not just this, chiropractors have to go through all the licensed, paperwork, lawsuits and that makes the already tedious task more tiring.

Engineers, in general, put a lot of pressure on themselves of their own. In school level only, they have lot of stress of study, assignments that it becomes obvious that they ought to have pressure when they reach the field. It is never easier after school and college for the engineers as the job require researchers, construction of ships, developing designs and so on.

There are millions of things that could go wrong, from low quality or faulty products to bad and used resources and what not. The working hours are very long and too much pressure which is impossible to deal.

Construction site managers have to work in dangerous environments and along with that they have to wear a lot of hard hats. They have to work with the white-collar and the blue-collar employees and have to make sure that everything is managed accordingly and on the track.

As there is lot of pressure, the stress leads to depression and other mental disorders which ultimately leads to suicide attempts by them. This can be considered as the most suicidal jobs.

The surgeons have to make no wonder how many operations in a single day. This is a great deal for them as they are considered next to god and are expected to make the operation successful by the patient’s family, thus mountain of pressure on them.

You have the responsibility of saving a person’s life. Depression is very high in the world of medicine and science.

The percentage of young people committing suicides are increasing rapidly at a high pace.

As per Tom Simon, a CDC report author, “We know that overall in the US, we’re seeing increases in suicide rates across all age groups”

It is also said that employment niches are also responsible for the rise of suicide rates. 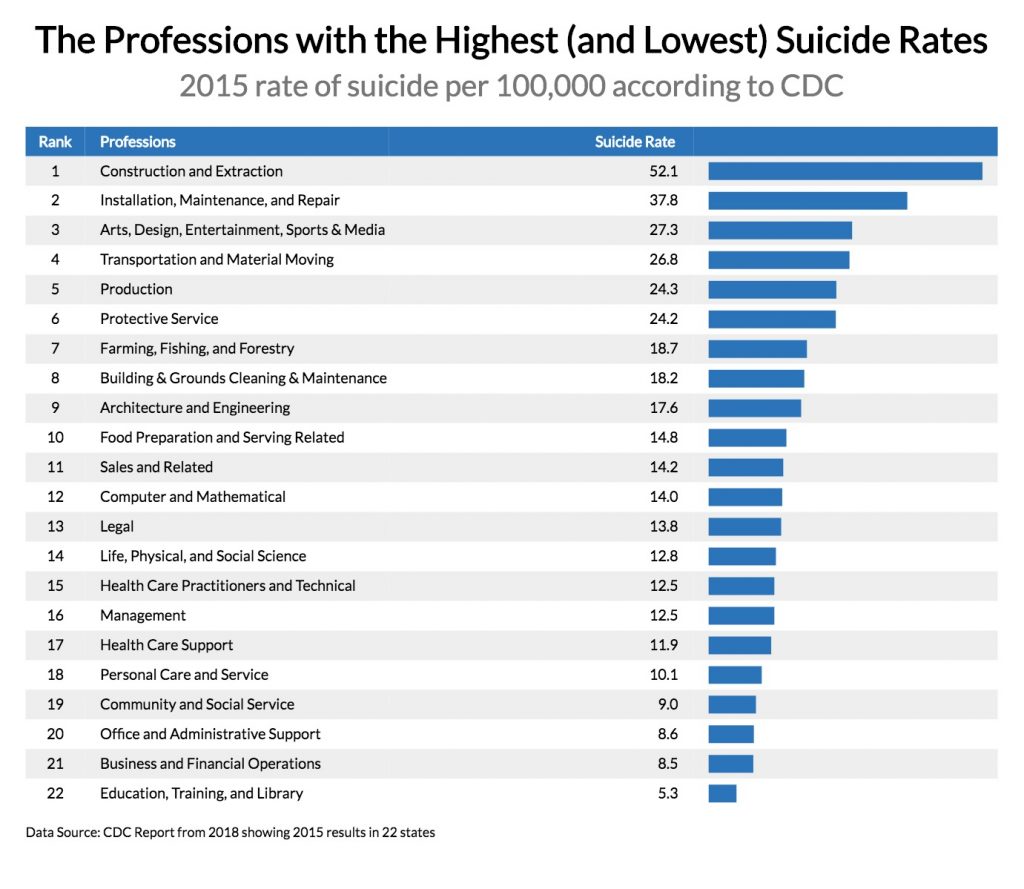 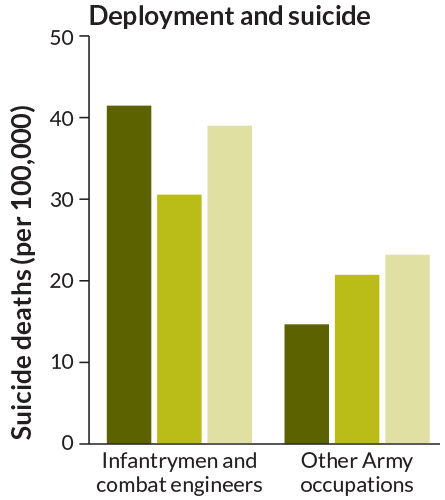 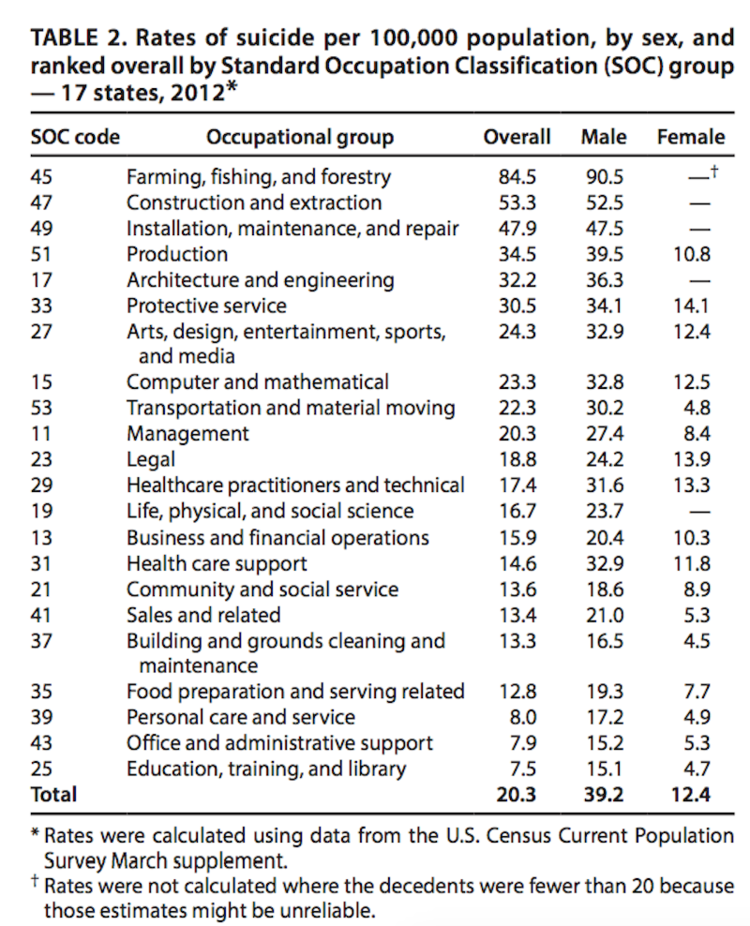 So, above are some of the careers which have the highest suicide rates by profession. It is not just that, only the above said professions have suicide attempts rather there are many others which also suffer this brunt.

If an individual takes lots of tension regarding work, it is likely to affect health. No matter what kind of work one is doing, even the teachers have to go through the same when there is a lot of pressure and stress in the work.