Whenever people working in companies want to make a comparison amongst the jobs in various companies, they calculate the employee wages and average wage rate.

The average wage can be used to determine the hourly wage rate, which can be used in determining whether they are in accordance to the job or not.

And there are also salaried, paid employees who get a fixed salary every month. Let’s now understand the difference between wage and salary. 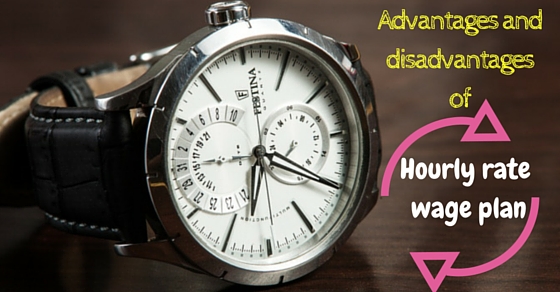 What is Hourly Wage?

The term ‘hourly wage’ refers to the wage that the employer agrees to pay its employees for the work done on an hourly basis, generally done by a labor or unskilled workers.

Here, conversion of salary to hourly pay is done. This payment can be done for work done on the basis of hourly, weekly, daily work done by the worker.

A wage is paid to the person to compensate the time that he spends to complete a work.

It generally depends on the wage rate that is prevailing in the market at that time and the hours that he spends at the workplace.

What is a Salary Based Job?

Salary pay of such job is determined in accordance to the rate that is prevailing in the market for the same job or the number of people who are available to perform the same job.

It can also be viewed as the price that is incurred by the employer for hiring the personnel to do the expected work and to meet the targets of the company.

People who are salaried are generally professionally qualified and are able to meet their fixed monthly expense.

There is a difference between salaried employees and those who are getting wages. But, as they say every coin has two sides same goes with the hourly wage rate plan.

Some of the different types of wages are –

The Advantages of Hourly Wages:

The following mentioned are few top benefits of hourly pay. They are

An advantage of the hourly wage rate is that a worker is paid for the hours he actually works.

2. Fluctuations in the salary:

When employees working on an hourly wage rate basis get a higher wage rate at some other place, then they can shift to that other place and can earn extra income.

This is an advantage because they are not bound by any contract so they can easily shift to that other place, where they can earn extra income by working the same number of hours.

Sometimes a company has to meet its deadlines in a short period of time. In such a case the employees who are hired on salaried basis will be paid only the amount both the employer and the employee has agreed upon.

But, the worker who works on hourly wage rate will get additional income if they are asked to work more hours to meet the deadline.

Here the hourly rate workers can even demand extra overtime wages from the employers.

An employee can make the outlay for the monthly expenditure, but he cannot spend more than that even after working for more hours than specified.

This helps the employees to fix the limit of their expenditure and avoid wastage of money.

Those who get salary are not only professionally qualified but also bears the responsibility for the growth of the company.

So, employees working on an hourly basis are generally not held responsible if anything goes wrong with the work process of the company.

As the employees who work on an hourly basis are paid according to the time spent at the workplace, they will try to maintain the quality although the quantity might be less.

But, those who are working on salaried basis are under constant pressure to meet the targets, so they will try to meet the quantity rather than the quality of the product or the service they provide.

Employees who get hourly wages are able to separate their work and home because they are bound to work fixing a number of hours.

Insurance coverage provides a sense of security to the employees so they are ready to risk up to a certain level.

But, salaried employees do get an insurance coverage for their job. The limit of the insurance money depends on the level at which the employee is working in the organization.

9. Contract with the employer:

Hourly wage earners generally don’t have any written contract with the employers. The terms and conditions between the employer and the employee is verbal and all the conditions of working are decided only then and there.

Whereas the contract with the salaried employees is well documented and all the terms and conditions are well worked in advance.

Although no job is permanent, but those employees who are working on an hourly wage basis have more job fluctuations as there is no written contract and also the moment the employer gets workers who are ready to work for less money they are hired.

So, they can work at any workplace where they get more salary.

11. No legal action can be taken against them:

Wage earning employees cannot be charged against any legal obligation because they are not bound by any contract.

If they are not able to meet the deadlines, then no legal action can be taken against them.

Hourly wage earners get instant income growth, although the increment may be less and is directly related to the number of hours worked.

Income growth is an important aspect to motivate employees to work hard.

Salaried employees are accountable to the higher authorities for the work performance of the employees irrespective of the reasons of the delay to meet the targets.

Wage-earners, on the other hand, have to be accountable but they have to be answerable only to the person who employs them.

This is one of the major advantages of an hourly wage rate because these employees do not fear losing the job as they don’t have any written contract with the employer.

14. Additional perks offered to the employees by the company:

Hourly wage earners get less additional perks from the company which may be offered to the salaried employees.

The quantity and the quality of the perks are directly related to the level at which the employee is working in the company. Since these employees are not professionally qualified this is an advantage they get

Hourly wage earners are able to get the wages on a daily basis because their pay is directly related to the number of hours worked.

Generally, an employer pays such employees on a daily basis as per the number of hours worked. But, the salaried employees have to wait for the entire month to get their paychecks and the employee might have to face difficulties in case there is an emergency that the employee has to face.

To face such a situation, the employee must have a habit of saving money from their income.

1. Number of hours worked by the employees:

But, workers working on an hourly wage rate basis have to work for extra time to earn that extra income.

2. No guaranteed salary per month:

Employees working on an hourly wage rate basis do not have any fixed income. These employees have to work extra hours to get that extra income.

If these employees have to meet an extra expense any month then they will have to spend extra hours at the workplace and meet their requirements.

Salaried employees are paid more salary because they are more qualified than the employees working on an hourly wage rate.

4. Wages are lost when an employee is absent due to medical reasons:

Medical emergencies can be faced by any individual any time. Employees working on an hourly wage rate when make themselves absent, then the wages earned by them are also lost and their monthly income schedule is also lost.

Such employees might even neglect their health if they are much in need of money.

Employees working on an hourly basis cannot determine their monthly payroll in order to know how much can they spend every month. This stops the employees to make any investments if they wish to do so.

6. Hourly employees are less qualified as compared to salaried employees:

Employees working on an hourly basis are generally less qualified than the salaried employees and thus they get less salary.

These workers are professionally less qualified and generally work at the ground level.

They don’t have any written contract with the employer, so they don’t get any compensation also.

8. No participation in the decision making of the company:

Employees working on an hourly wage basis, generally don’t have any say in the decision making of the company.

These employees cannot say if they want the policies to be changed and if it is done they have to go through long procedures.

Wage earning employees doesn’t have any legal support because there is no written contract between him and the employer.

If the employer terminates them from the job then they have to leave without any support from legal front.

10. Lower benefit packages of the employees:

This is generally done because the employees who work for wages are not professionally qualified and they are just the production team of the company. They do not have any interference in the policy-making decisions of the company.

Whether the job that an employee does is on an hourly basis or as a salaried employee, in both the case the employee has to work hard and have to meet the deadlines that are given by the employer. Both the ways in which an employee is paid has its own advantages and disadvantages but the worker should concentrate on his work and shall always try to look for growth prospects in the job.