It is said that business people achieve success because they are focused and work hard to reach goals. Expert and experienced people also believe that setting short term and long term goals are mandatory. It is important to possess plans for life and pen down maps to make those plans into reality. But there are people who don’t need a five year plan, they have specific reasons for the same. Instead of dumping their dreams and running behind it they think pre planning for five years would not be fruitful. Here are a few reasons about why a 5 year plan is not needed. 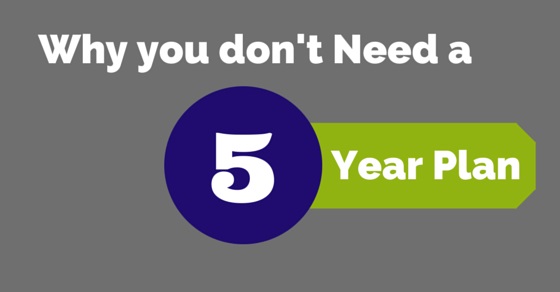 10 Reasons You Should Burn Your 5 Year Plan Right Now:

Planning ahead for five years can be concluded as a vast period of time. Restricting your dreams and visions within a circle and running behind it for five years cannot be acceptable by certain individuals. When you’re out as a graduate you may have different idea about industry, about the world and more. There are so many things that can occur within the time period which can change your complete idea. The opportunities are vast and changes can happen at any time.

2. Five years can be supposed short period of time:

Mostly when we think of a plan, it may not be executed as we thought of. You may not have been rising in ranks or position as you thought, it never concludes that you aren’t best but your goal or dream requires more time. To make it simple, it means that your goals has less time and needs more time to attain its position.

When you hold a five year plan in your brains, it’s really stressful. A five year plan is something which has to be accomplished in a specific date. It is usual that fantastic and worthy things are the ones which are set as dreams and it is followed by a number of factors. By the time one works to accomplish his dreams in five years, he must make sure that he is not killed by the dreams. To avoid stress and load, some don’t plan for a five year plan.

It is an Obsession when you stick to your five year plan and run behind it. For each and every decision you need to be more focused and goal oriented. In case their occur situations where you’ve not done the best, heartbreaking and emotional fallout occur. For the same reason, it is mandatory to give ample room and also change goals if necessary instead of fixing yourself to a particular goal. Goals are necessary but one needs to plan himself with overload, but need to live his life.

When a long term or five year plan is decided, it is framed as if it’s too specific. Staying focused about the job position and level to reach in five years is viewed in an aspect which narrows your vision. You don’t think beyond and look into many aspects of career but your fixed.

When discoursing about why you don’t need a five year plan, it is necessary to point out that recent research has come up with certain facts. The research reveals that only people who think themselves as unlucky are the ones who tend to stick to a specified goal. By this way the main mistake they make is that they tend to avert opportunities that come their way. In the same aspect the research also reveals that lucky people believe in themselves and also know their requirement. And for the same reason they don’t stick to specific goals.

It is said that there are many individuals who don’t need a five year plan because the world keep changing and we cannot predict what would happen tomorrow. The turns and twists that take place in technology, industry, economy and society give you many chances and push you suddenly to great heights or can also change your goals. For the same reason it is said not to have a five year plan.

Any individual would definitely possess changes in his personal life such as marriage, kids, parents, caring for them and more. In such cases there would definitely be a shift in one session of the career. In this instance the individual finds it tricky to decide his future. He would definitely adapt to something that would be appropriate to his life style and living. For the same reason deciding a five year plan isn’t mandatory. When dual career couples are concerned, the five year plan will also affect the partner and so this should be kept in mind before planning.

The technological phase is changing each day and new inventions are popping up, so deciding for a five year plan isn’t necessary. There are new changes coming up and one needs to get adapted to it once it’s their way. In the same manner planning today with few ideas can be valid today but invalid as time passes on. Professor Amar V.Bhide has mentioned in his origin and evolution of new business edition that the original plans that were decided by nearly 93% of companies has been uninhibited as their plans were proved to be wrong. This can be a proved example why a five year planning is not needed.

It is an actual fact that no one can predict the happening in the next few years and so deciding a five year plan is unnecessary. Alertness is something which individuals can adapt in their lifestyle and mentality. Think of your goals often and work for ones which suits you and works well, leave the rest behind. It can be good to avert a five year plan as executing the same with perfection can be a tough task ever. Try not to miss all the fresh new chances by adopting a five year plan. Take a survey of the above mentioned tips and conclude yourself why a five year plan is not needed.