There is a saying that a person who is fearless, achieves and proves himself as a fierce person. Similarly to begin something adventurous or challenging, a person needs to take risks to achieve something great. A person being a risk taker eventually may feel a little scared of upcoming events, but to overcome such unexpected events he / she must take risks. A risk can be measured in terms of its severity. A risk taking is a matter where a person creates an environment to push themselves to achieve impossible. 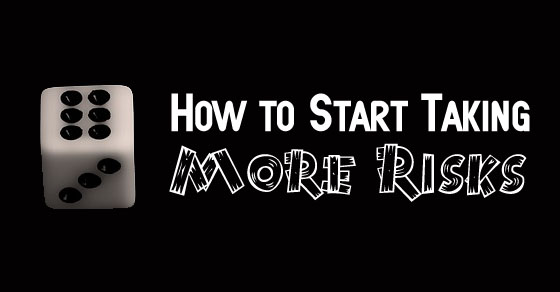 How to Take Risks and Achieve Your Goals?

It may sound weird, but it is true that a quitter can definitely be a great risk taker. Whenever a person feels scared of things and creates a shield in front of him / her before doing it, is a person who is a better quitter. If a person feels that at any of the time he / she can quit something, then it is possible that person can be a better risk taker without any doubt. This is a proven theory which can be helpful for a person who really want to be successful in life.

It is possible that before taking risk regarding any kind of situations, it is possible that a person can imagine certain things about risk in his / her life which can make things easier and better. It is a simple human nature where in which a person imagines a possibility of failure in that particular effort of life. By imagining a whole situation of risk where that person can consider all the possibility of certain risk which create a situation in his / her life.

A risk taker is a person who can act smart enough before making any kind of deal. Before taking a risk that person needs to understand all the possibilities of damage which can create issues in near future. A person who is ready to take any kind of risk in life need to rethink all the risk factors which he/she is taking a risk on.

Before taking any kind of risk, a person taking such level of risk should rethink all the elements before taking risks. If a person start to feel that it is possible that without such level of risk a person survives on his / her life, then it is possible that he/she should be rethinking all the process from the scratch just to not make any kind of mistakes. A person can start creating certain elements which can be helpful for his / her overall thinking.

To be sure of a certain kind of risk in someone’s life, a risk taker should be smart enough to handle such risk one at a time. There is a possibility that a person can risk so many thinks online, but to be smart enough, he/she can at least try to risk thinks individually. By taking risks one at a time, a risk taker is rethinking all the elements of risk which can favour him/her after such risk. Therefore, it is always better to take on certain thinks or even think of taking risks on one at a time not more than that.

Ways to Take Risks and Conquer Your Fears:

Taking the risk of certain things of life is not mandatory for everyone, but there are people who make it as a mandatory element and sometimes it is possible that they fiercely enjoy taking risks on certain matters of his / her life. And here are some the tactics to be used to become a risk taker, they are as follows,

If a person wants to be fierce in his / her life and make certain changes around in his / her life, it is always better off thinking of taking certain risks in life which can help a person grow in a certain level of life. Just to start learning about risk taking a person firstly can call a stranger where he/she can be exposed to sudden strange events. It is not advisable that one need to call a stranger and trouble them unless for fun.

2. Ask any random person on a date:

It is not necessary that the person you are going to date with should be a random person. A person can even ask that another person who is really afraid of asking for a date and it can turn itself eventually as a risk factor. Because if that person who has been asked for a date doesn’t like an opposite person’s gesture, then it is possible that there will a permanent inconvenience in communication. But to start with a small risk, a person surely thinks of doing it.

A person risking his / her life over something cannot be considered as a risk taker, but a person who speaks his / her heart out can be considered as a real risk taker. Being straight forward is a difficult thing to do, but if a person is determined to handle such unexpected reaction over his / her blunt nature, then it is possible that it can turn the situation upside down. And if a person speaks straight enough without any filtering then he/she is a very honest person.

As mentioned earlier, a person who speaks his / her heart out and doesn’t filters anything in his / her life, that person can be considered as a risk taker. And similarly, if a person starts standing for what is wrong, then that person needs courage to do that. Courage is something that creates an urge to achieve something uncertain or also to stand up for something which so wrong and uncertain. To be a risk taker, a person should take criticism positively as well as appreciation in his / her life without any hesitance.

If a person is very busy with his / her life and does not have any time for him / herself, then that particular person can start thinking of unplanned trip. Actually, it is always better if a person decides one morning and packs his / her bags, then takes a road trip or somewhere else which can be adventurous and fun. It is a best way to start being a risk taker. By taking an unplanned trip to somewhere and creating certain environmental risk can help one person to overcome it.

6. Give a surprise public speech:

It is not necessary that only the chief guests are allowed to give certain speeches in the middle of the functions or anything. But if a person who is a risk taker can give a surprise public speech. But that particular person who gives a surprise public speech should be handling uncertain, unexpected turn of an event. Taking risks can be considered on the basis of its severity and the effect of such risk can be extreme.

By facing one’s fear, a person may be taking risks of his / her life which is very dangerous for everyone. But this is such kind of risk which can create a remarkable change in his / her life completely. There may be situations where a person can feel a little broke because of his / her fear, but instead of ignoring that fear, one need to step forward and face such fear for the sake of himself / herself. And ultimately it can prove everyone that one can win over his / her fear.

There are people who are really good artists and don’t have that much courage to exhibit it in front of the public and at that time he / she should take the risk over situations. While conducting the public display of his / her arts and talents, that person can make himself / herself an artist. Being an artist is not an easy job and it is a pathway of risk in which a person needs to have little courage to get over such risks.

9. Try something new which you have never done before:

By being unexpected and unpredictable in life, a person can add some spice to this boring life. By risk of doing something which a person never done before. These kind of actions can be termed as an act of stupidity, but still people tend to do it just for the sake of fun. But people forget that a risk is not a fun element and it is something which is very serious for oneself. Therefore, try to do something new but not at the cost of one’s life.

There may be situations where a person can feel a low because of his / her fear, but instead of ignoring that fear, one need to step forward and challenge that fear for the sake of their pride. And ultimately it can prove everyone that one can win over his / her fear. By challenging oneself to overcome that fear that make a difference in his / her life. It is not that easy to handle such challenges, but a strong risk taker can handle such situations.

To end this discussion, we would say that if a person wants to take risks and need a little push for that, then he / she can try some things which has been mentioned above here. To be a successful risk taker, a person needs to be strong enough to handle uncertain, unexpected and unpredictable occurrence of an event.

A risk is measured on the basis of its severity and a risk taker is a person who can handle such severity without any hesitation and drama. It is healthy to take risks in life and there may be a possibility of a situation where one should be ready to take such challenges of life.

Therefore, to be a risk taker and to handle risk, a person can follow above mentioned steps to create a risk free environment.