‘Spirituality’, the word descends from the Middle French ‘spirituality’. Spirituality can be referred to as a kind of significant and relevant activity. For example, it can be a search for divine peace. But again, spirituality has several different views and interpretations.

It can be attached to psychological, philosophical as well as social topics. It plays an inevitable role in coeval discussions on issues like mental health, marital functioning, etc. The well being of human beings can be divided into four types- Physically, mentally, emotionally and spiritually. 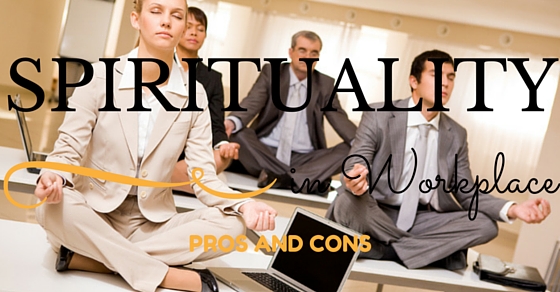 Spiritual well being can be said as the ability to continually improve and understand the inner self. Spirituality further deals in enhancing the other three aspects as well. Gilbert Fairholm describes spirituality as a state of being in an intimate relationship with the inner self of higher values and morality.

Spirituality is the core and center of people in the value system and in itself is another name for values and morale. Spirituality can be further classified as –

It can be said as a sense of deep and intense connection with the Spirit, God of the Universe. This type of spirituality is experienced from within. It can also be referred to as letting go of the individual ego or identity in the search of a divine state of mind.
Examples of such vertical spiritualism are prayers, meditation, etc

It is an inclination toward humanity or the need of offering service to human beings as well as nature. It is a profound desire to make a difference through one’s service. Horizontal spirituality can be attained only when one understands the his\her inner self.
Examples of such horizontal spiritualism are social service, compassion for people, etc.

What Led to the Spiritual Movement?

1. The need for spiritualism:

The need for spirituality is a well argued topic. The reason for its emergence is mainly said as human needs money and power. Human greed is a large scale problem. It has greatly tormented the world on a social, cultural, and economic level.

In the late 1980s, the emergence of technology led to the ‘null and void’ of the contracts between employers and employees. Until then there was an imaginary contract between the employees and the employers.

Performance and behavior determined the job span. Better performances booked themselves lifelong jobs. But the merging i.e. overtaking of companies or merging of two industries into one led to job crisis.

Along with it, the machinery has taken the tasks of man. Further ‘cutting short on the facts’ movement i.e. eliminating extras also risked many jobs. Due to insecurity and instability, people started being unsure of their potential. This led to the search for self-assurance within oneself and thus, the spiritual movement took place.

Self analysis a movement started by baby boomers. Baby boomers referred to like people who are in their middle age. The people of the 1960s, when reached their middle age they acknowledged the death of their relatives i.e. mother, father, uncles, and aunts.

This led them to think about their achievements, their contribution, their reason for existence and so on. This certain thinking led to an increase in people searching for spirituality and peace.

Questions of existence and leaving behind a mark of contribution also knocked their brains. This certainly led to more spiritual traditions and followers using their spirituality in all aspects of their lives.

The millennium drove the world to another level. Human beings have evolved a far way ahead from the start. This evolution further overturned by the millennium effect. On times like promotions, anniversaries, birthdays, etc.

People try to understand themselves and trace their history and achievements so far. On New Year’s Eve, people make resolutions to complete every year. Where we have come from? What changes we have made so far? etc, are some of the questions that led to spiritualism.

Further self actualization also triggered in people and the belief in oneself as well as the potential increased.

Self help is also one of the reasons for the increasing spiritualism in the 20th century. In the dramatically changing world, people started discussing topics like self development, cultural growth, individual growth, etc.

People analyzed their potential and spiritual growth. These talks of course not limited. The talks inspired many people to take up spiritualism as a part of their lives.

What is Workplace Spirituality?

But of course, spirituality in the workplace cannot blindly say as a religious concept. There are a good number of people (youth working) who declare themselves spiritual and yet not affiliated with any religion. They may be influenced by various other religions though. Thus, spirituality can look upon separately as well.

Spirituality in the workplace is in itself a broad concept. It’s an opportunity to develop and grow on a personal and individual manner. It can say as the attribute of ‘triple C’ i.e., Compassion, Care, and Concern, for the colleagues, bosses, clients, and customers.

It’s integrity and truthfulness towards oneself. It means an environment, which is liberal to practice and understand the values of oneself and others respectively.

Workplace spirituality emerged through a movement that started in the 1920s. The people wanted a life of faith and between the advent of the techno world. Spiritual values in the workplace for them held great importance.

The movement started from the United States and spread on. With it came up with many organizations that supported the spirituality in the workplace. Further people were more determined to look for spiritualism due to the other factors.

Thus, spiritualism no longer keeps apart from different fields as they began to become a motivating aspect for people.

Pros of Spirituality in the Workplace:

To find inner satisfaction is indeed today’s basic need. Within the workplace, the feeling of this satisfaction enhances work performance. With the advent of technology and the emergence of new machinery, manpower certainly not need as it used earlier.

The constant fear of losing the mean of earning or losing employment is one of the factors that lead to bad mental shape. Thus, when an institution provides a sense of security and belonging by implementing spirituality at the workplace, the employees feel satisfies thoroughly and are more willing to perform better and contribute to the productivity of the company.

Money is a greed factor. It is the reason people work. With increasing companies coming into the market, there is a higher chance of people or the employees searching for better opportunities. With that, they opt for more paying companies.

Bribing one of the unethical ways that practiced, to an extent, in many places. Thus, when a company provides spirituality at the workplace, it not only helps in higher productivity but also on a personal level it boosts the sense of love, equality, honesty, and loyalty. These factors not just improve a larger scale but also make a huge difference individually.

The past is indeed full of experience, isn’t it? Well, there is an abundance amount of emotion that one experiences daily. And along with emotions, there are various types of situations one faces daily.

Thus, if an organization decides to bring about a spiritual change in the workplace it not only helps in enhancing the ability to face every aspect of life but also prepares the employees to adjust and adapt to all the changes. This further helps them on an individual level in maintaining the relationship.

On the occupational level, it will contribute to a healthy and friendlier work environment and great teamwork. Further, it develops individual recognition in the workplace. The impact this global world is having on each one of us is inevitable. Thus, spirituality can help in learning to adapt to this advancing world.

RISK! Heard of it? Of course, all of you have. Risk is a word many companies and employers try to avoid. But the spiritual workplace enforces the responsibility onto the shoulder of the employees.

At first glance, it may seem to be a greater risk but the freedom to participate in the task or a project actively at work makes them realize their responsibilities. The relatively make more effort in the completion of the tasks.

This on a larger scale increases the productivity of the organization. On the individual level, it encourages the employees to work hard. After all mental challenges and tasks call forth spiritual growth furthermore.

Challenges play a vital role in improving everyone. Pressure handling is one of the skills employers look for. It is a part of the job description along with the ability of time management.

When challenges give to employees they tend to work in a better way. Further, healthy competition can boost their working skills. Here, the spiritual environment helps in guiding them to work better. It, in the long run, drives changes and helps in increasing productivity.

Cons of Spirituality in the Workplace:

The benefits of spirituality in the workplace are way too much compared to the disadvantage but of course, the cons cannot be neglected.

With spirituality making its way within the corporate sector as a part of the company welfare programs, it encourages in various forms. But too much of everything leads to disasters; similarly, spiritual conflicts arising from the clashes of people from various religions in the workplace can be the only con of spirituality at the workplace.

A company should create a policy against such promotion and beliefs of people and staff. Apart from that, the spiritual exercises should schedule according to the time table and not during the business hours. The spiritual activities like spiritualist prayers, meditation, etc should not interfere with the regular working of the business.

We can say that separation plays a key role in human life. But when it comes to the spiritual aspect the law of separation doesn’t work well. Spiritualism is to coated deep within oneself.

It enhances one on many levels. Indeed there are advantages as well as disadvantages to everything but here the disadvantage is way too less compared to the advantages. Even though there are several controversies regarding spirituality in the workplace, employers cannot ignore reinforcing spiritual activities.

Spirituality enhances not just compassion regarding everything but also boosts the spiritual leadership qualities of people in various ways. Further spirituality a wider concept and cannot envelop by the religion aspect in any way.