Job dissatisfaction has many reasons which lead to hating the job or feeling like a slave. The most common reasons are tiring work hours, less pay scale, irritating boss, bad jobs and bad work environment and much more.

But there are many surveys which are conducted all over the world about the worst career choices on the earth which has maximum dislikes from the employee’s perspective. 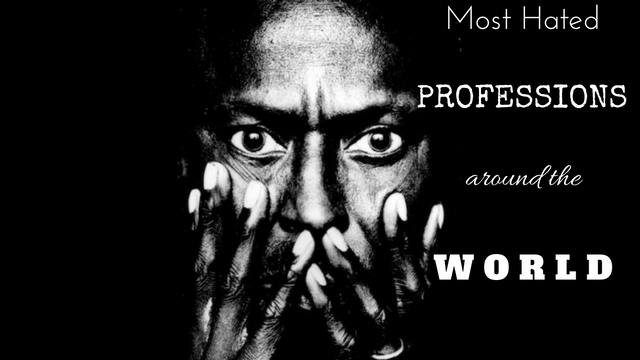 Most Hated Professions or Disliked Jobs Around the World:

Liking and disliking career choices depend upon the individual’s perspective, here we listed some of the most hated jobs in the world.

All of us have seen in most of the movies where stock traders portray as the most stressed people in the universe. Generally, the job role of the stock traders is to buy and sell stocks on behalf of investors with its involved risks.

They are supposed to work day and night keeping them up with phone calls. Also making quick decisions adds a lot to the stress. Even though, it has a good pay scale, due to the stress and tiring work hours it considers as one of the most disliked careers.

Insurance jobs are one of the toughest jobs as it involves a lot of physical stress by convincing people to buy policies for their good. This job is a lot more misunderstood as they feel insurance people nag a lot to buy policies or invest in mutual funds.

As it has targeted, and most of the income depends on how many numbers of policies covered, this job is one of the tedious and tiring jobs if the individual does not know to handle the customers as well as reputation in the society.

Car mechanic jobs are one of the professions where their intellectual in understanding a machine is more than the engineers. But unfortunately, this profession does not get respect because of the way it is been portrayed. They work hard to make things fine, but still, get a bad reputation of a few mechanics who tend to thrift the spare parts or delay in-car deliveries.

Right from the period of Shakespeare, lawyers always consider as people who work to save illegal affairs. This could be not right, but still, as these professions demand a lot of struggle in working towards the various illegal issues of the society, lawyers often misunderstand.

This job highly demands more effort in collecting data, dealing with criminal cases, working day and night solving the cases. This job role even has so many threats as they even deal with criminals who involve in the petitions filed for them or against them.

Not only from the role of the job aspect but to become a successful lawyer one must also practice a good number of years as a legal assistant or they should get a good breakthrough in their career with good winning petitions raised in the court. Hence, lawyer jobs are most disliked choices in the career.

Income tax department jobs consider as one of the nightmare professions to all sectors of society. Their job is to snatch people who do not file their tax returns or who hide their properties. Not only the well-settled part of society, but they also do target people with time lengthy audits and push them to pay taxes.

Even though they do the right job to the country, often they are misunderstood for doing something harsh on society.

Needless to explain, the job of a politician is considered as one of the most negative jobs of society. People feel politicians are the most unfaithful part of society with lots of legal troubles facing every day. Their jobs have always considered as people who scream, to debate to express their viewpoints on society.

But, from seeing exactly from the job perspective it is a risky job that needs no specific educational background but they need to understand the legislative laws to run the country.

When there is an outbreak of law, politicians are the most stressful people who debate, and come out of solutions which again sometimes gains a bad reputation for them. Hence, people consider politicians job as a most disliked career.

Real estate agent jobs are one of the trickiest and most misunderstood jobs of the country. This job even though it is to help people buy properties, it often ends with cheating society with fake properties.

Real estate agents often consider as people who self-center and crooked minded selling properties. There is no specific educational background needed except for the techniques to convince people to buy and sell properties.

Irrespective of the hard work they do to keep the country traffic free by regulating them, these people are the most misunderstood part of society. This job is known for unethical practices of collecting fine all over the country.

Other than having negative feedback from the society, the job of the traffic police itself has negatives like always being in a polluted environment, involves lots of traveling, and is the most stressful job due to the noise and air pollution and many more.

Customer care executives or any kind of customer support job are considered a little tedious as this part of the job sector always needs to be available on the clock. They work in shifts, and they need to face harsh complaints of the products or services where they are not directly involved in the errors but still, they take up for the organization they work. Even the pay scale is not appreciable for the work involved in it.

Unfortunately, they are the people who need to face harsh sunny days running for news around the country. Not only this, irrespective of the health they expect to cover the tragedies or events happening in the society to bring out day to day news. Not only for printable news they work hard for digital media to bring live news every day.

Every day is a target for them to bring up hot news on the live. Not only this, they often accuse of bringing false news as well as exaggerated matters on the celebrities of various professions or sectors of the world.

This is one of the best jobs in the healthcare industry. This might be shocking, but nurse jobs are not the favorite among the crowd. Even though they are considered the caretakers of the weak, they often misunderstand for grumpy, strict and aloof part of the medical society.

They work equally hard with the doctors and are well educated too with a better experience, but still, they are less paid for maximum working hours.

Even though liking and disliking of the career choices depend upon the individual’s perspective these are few disliked careers which has some bad reputation over the years. But still, we need to accept the fact that there is no society without these professions. All we need is to work better and make the profession reputable. Hope this post helps you to know the most disliked careers in the world.