Although, most of the past professions are still practiced and exist in the present work environment, but you would be surprised to know that there are some professions that were highly popular in the past and have vanished today.

These professions were popular across the UK and US more than 50 years ago, but the majority of them no longer exist. Just like most of the old things, even these professions are considered unnecessary and have been replaced by dynamic modern technology. 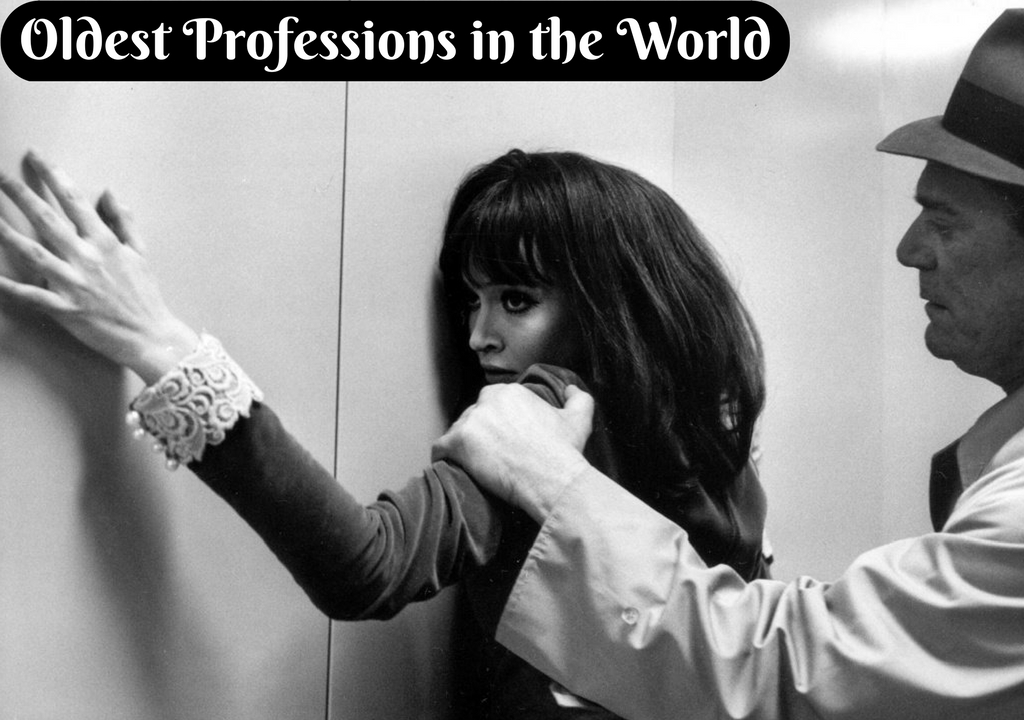 So, let’s unveil the oldest professions that were popular in the past, probably you don’t know about them.

When there were no such instruments or devices that can help people to wake up on time, then there were expert professionals known as knocker – upper. They help people wake up early and make them go to their jobs on time.

These professionals worked for fixed numbers of clients and used to knock at their client’s windows with the help of sticks. They even club to knock on their doors and windows early morning.

This was a popular profession during the Industrial Revolution till the late 1920s, mainly in Ireland and Britain. Even people used to hire knocker-uppers as they were more reliable and cost-effective than the alarm clocks.

The knocker-uppers used to knock their client’s doors or windows until they were sure that their clients had awoken.

The profession of enemy aircraft detector was of great significance in the prehistoric military force. These experts were mainly the radar listeners of the armed forces.

They used acoustic mirrors and various sorts of listening devices to help their respective forces by informing them about enemy airplanes that were approaching.

Their main task was to identify the sounds of an aircraft and warn their troops so that they can prepare in advance for an upcoming battle.

Although, there were not advanced food-quality testing machines in the past, but still people used to hire professionals who can analyze the quality and taste of the food before it is being served.

This was one of the risky jobs as people have to taste the food, especially the one planned for important personalities like politicians and kings. Even if the food tastes awful or is expected to contain poison, it was still mandatory for the experts to taste it.

Although the risks were involved, it was not a high paid position. Since the risk was high, so in ancient Rome, it was believed that the job is done by servants and slaves.

There were times in history when there were no street lights, and so professionals were hired who used to lit the lamp and wander around the city. This profession was practiced before electric lamps were introduced, and the professionals used to carry light lamps in their hand standing on a ladder or holding the lamp on a long pole.

In some countries, the lamplighter was also known as the town’s watchman and used to lit candles or other consumable liquids to light up the streets.

There was very less number of such professionals, but they were few in every country or city from Belarus to London, New Orleans to Poland. Their demand used to increase when there was a special project going on in the city.

Before the invention and introduction of massive modern elevators that we see at the grand hotels and almost everywhere, we had manual elevators that were operated by a ‘lift man’ or ‘lift woman’ who is primarily known as elevator operators. This profession might sound easy to you, but in reality, it was one of the difficult job role.

Elevator operators were expected to possess excellent customer service skills to greet and welcome people and a reliable sense of timing to stop the elevator at the right moment to ensure that the client reaches its preferred level without spending too much time or any delay.

It was a seasonal profession that demand professionals on a large basis during the winter season. The ice cutters were responsible for cutting and collecting the frozen ice from lakes and rivers for pre-refrigeration purposes.

These experts used to cut ice and collect them in relevant collectors. The ice collected was taken to the homes for preparing water or was sent to businesses as ice boxed and used to stock cold food.

It was a dangerous profession and open only for men as it needed strong ice cutters to work uninterruptedly even during extreme weather conditions.

The men and women falling under this profession used to entertain the factory workers so that they don’t get bored and are able to perform repetitive tasks again and again. This was a less paid job, and even the factory lector was paid by the workers and not by the employers.

Nowadays there are many productive things to do when bored but unlike today earlier these people used to entertain and make the work look less boring.

The task of these experts mainly involved reading entertaining passages from the trade union literatures so that people are entertained, and also they do not deviate from their manual labor. This was one of the most preferred jobs for the ones who needed money in less time.

It was an extremely important and high – paid profession in the backdate. This profession came into existence when phones had been invented. The switchboard operators used to manually switch calls with the help of a pair of plugs that was introduced in the correct jack in order to connect the phone line with the relevant caller.

Such individuals helped to link calls and were an integral part of the overall telephone network companies. If they wished to, they could also listen to the overall call conversations that they had linked to.

So, whenever there was some problem in the line or some interrupted noise in the telephone line, then it is possible that the manual switchboard operator is listening to the call.

In the past era, there were no advanced refrigeration systems and food preservation methods. In such a situation, the milkman would usually deliver fresh milk to people and even provide them high-quality fresh food right at their house.

The milkman used to supply fresh milk, eggs, and other dairy products like cheese, cream, and butter to people right at their homes.

While this profession is still practiced in some regions, but there is no such milkman who even supplies food preserved due to cool storage problems. It is because there are refrigerators in almost every home.

Ratcatcher was considered as one of the dirtiest profession that one could imagine. In the historical era, the overall population of rats was extremely high, and this used to interrupt the daily lifestyles of people.

Even rats cause infections and ailments to people, which is why it was important to keep them away from the people. This was a brave profession in which brave rat-catchers used to put their lives at risk by getting bitten and grabbing serious disease-causing rats while being all around.

Although, this profession still survives but the techniques have changed, and these experts use advanced technological norms to catch rats and keep them away from people.

This is even considered as the third oldest profession in the world and was practiced by educated professionals who used to narrate stories to small children and even to those who intend to listen to them.

It was claimed that storytelling creates a great positive impact on the human psyche and since there were no published books, so the storytellers used to create stories and narrate it to the interesting ones.

It was a great profession and was also highly paid. Even kings and those belonging to the royal families used to have their in-house storytellers.

Just like today, there were no advanced sources to collect the news from various corners of the world, but still, people were keen to know updates regarding the government and their surroundings.

There was news typist for different localities who used to write or hand type the important news on a piece of paper and drop it down to homes of their clients. They used to earn great money as they helped people to gain updates about important news and information.

This profession was in great demand, particularly when metal-based utensils were not introduced. During this time people used to cook, eat and store food in utensils made of mud and it were the potters who used to prepare such utensils for the individuals.

Music is one of the favorite passions of almost every individual. The surprising thing is that it is one of the oldest professions in the world and even archaeologists have identified animal bones belonging to the ancient era that was chiseled with holes so that they could be used as flutes.

Such instruments were prepared almost 200 million years ago, which is a time even when the human civilization did not flourish. Kings and royal families used to house expert musicians while the common people used to visit roadshows and small fests in order to quench their thirst for quality music.

Another profession that is almost as old as the existence of humans is a painter. As known, there are painting find out on the dwellings, stones, and similar materials. These paintings were prepared more than 32,000 years ago.

The profession of painters was appreciated and followed in almost every civilization, such as Romans, Mayans, Chinese, and more. With time this profession evolved even more, and expert painters got fame and worldwide recognition. However, being a painter is not a much profitable business than it was in the past.

Designing and planning buildings is another excellent career option that has lasted through much of human history. This profession came into existence when humans decided to create personal dwellings as their residents for a living.

The profession of architects came into existence and expanded to a great extent. These professionals were called in order to design homes and the professionals used to prepare plans in black and white print.

This profession was related to finance and was practiced mainly in royal families or those who have a lot of funds. The treasurers used to keep an account of the overall stock of money and keep track of incomes and earnings of the royal families.

Tailoring is one of the oldest professions in the world and used to rank well. The need for covering the bodies brought in need of experts who can design and create new dresses and clothes for men, women, children, and almost everyone.

This is one of the most needed professions in the past and is still flourishing today. The only difference is that there were special tailors for the royal families who were allowed to prepare attires only for the royal members and not for the local people.

These are the top oldest professions in the world that you might not know about. Some of the professions have completely vanished while there are few that are still practiced by the experts.