Following proper rules for resumes writing is important as it is the foremost formal document explaining about your work experience, educational skills and qualifications.

It is accompanied usually with a covering letter and /or application for the intended job vacancy.

Resume is being made for those who are or the onset of the career or in the path of their mid-career. 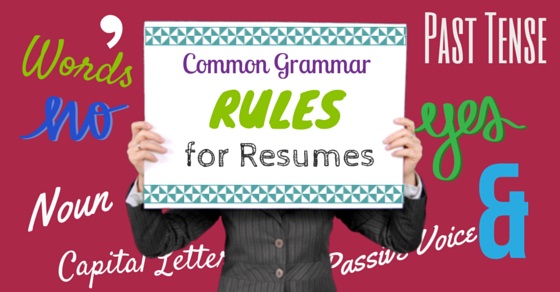 Grammar is important ingredient of communication when you need to present yourself.

It is an integral part of your communication skills where mistakes in it can cause embarrassment to you even if you have a good educational and professional experience.

Listed are common grammatical errors that is envisaged in many resumes

Articles such as ‘a‘, ‘an‘, ‘the‘ need to be avoided while writing to be able to save space and allow for quick read through. In case you are using, then ensure to must be incorporated consistently.

Most important to note while preparing resume is to avoid using subject ‘I’.

Instead of writing as given in example, the subject “I” will need to be converted as an implied one. For this you can first start writing sentences using the subject “I”. Then convert to as implied one like one given below.

3. Do not use fragments of sentences:

There must be consistency while writing your resume.

Remember that you are writing your resume to be able to grab the attention of the employer or intended audience.

You would have known about active and passive voice form of writing.

‘Gerald is reading a book’ is active voice where ‘Gerald’ is noun and ‘reading’ is a verb.

‘The book is being read by Gerald’ is Passive voice where ‘the book’ is noun and ‘being read’ is the verb.

When comparing both sentences the active voice is always shorter in number of words and easier to understand when compared to passive voice.

5. Management of past and present tense: 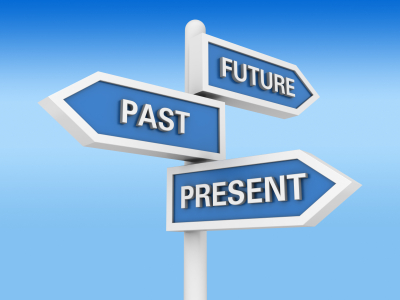 When you need to describe about your accomplishments in the past then it’s better to use past tense.

In case you are presently or currently involved with a project then it’s apt to use present tense.

Punctuation are notations required to complete a sentence and makes reading easier. There is no sentence complete without a punctuation.

Improper use of punctuation will show your weakness in writing skills and /or carelessness.

Every sentence will end with a full stop(or periods).
These dots are mostly used while ending bulleted contents, in abbreviations. It’s necessary to maintain consistency while using these periods or full stops.

Supervised a team of quality controllers in the department.

It is used to separate compound sentences and make meaning out of the two sentences while using conjunctions like ‘and’, ‘or’, ‘but’, ‘for’, ‘so’. It brings a pause to the sentence. Comma is written before the conjunction.

Supervised the erection of the scaffolding in the XYZ site, and managed a team following the sites safety parameters.

Mostly it is used while listing. It is sometimes called as serial commas also.

Managed the printing of black and white, and colour pictures for the photo studio

The commas are used after introductory phrase.

Since I have to go out tomorrow, I will not be able to come.

‘Since I have to go out tomorrow ‘ is an introductory phrase which cannot stand on its own, it is separated from the main sentence using a comma.

Distinguish between complex items in list. Join two separate sentences that are related

It is to show that something is to follow. It mostly introduces to a series of elements.

To join two words that is to make a noun

7. Use of spaces or indents:

Sentences needs to be separated by two space bar while typing the resume. It is necessary to differentiate two sentences and to make clarity between two sentences. 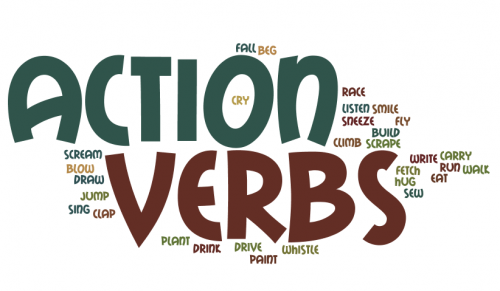 Your accomplished tasks or achievements needs to start with an ‘action verb’. Tasks done or projects completed needs to be described in the resume by implementing action verbs in the start of a sentence.

9. Use of capital letters appropriately:

You should be careful to write name of institutions, names of projects, name of company, name of references starting with capital letters.

It is a general rule to write names of people, names of institutions, names of company starting with capital letter even if it is mid of the sentence.

Sometimes, it is believed that by writing capitalized words in between the sentences will be eye-catching and prominent. But you must avoid using this style of writing.

Your years of educational experience, work experiences, year of study, cost of the project implemented, increase in output or increase in sales are needed to be input in your resume.

In such cases, the figures need to be represented in numerical format. This consistency needs to be followed throughout the resume.

11. Use of appropriate words: 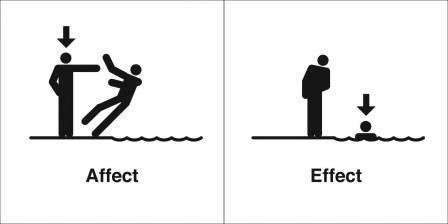 Resumes are built on specific words that a reader will be able to interpret his/ her skill levels. There are words that are often misspelled wherein the resume holder intends to convey a context while the spelling will interpret another meaning.

Too often such mistakes are overlooked and by the time it reaches the concerned audience, it will only create a bad impression of your skills in the language.

Below are examples of such words:

12. Use of proper formatting:

You should write in consistent format style.

13. Use of appropriate short sentences:

Many resumes have been shortened by writing fragments of their achievements in broken sentences.

By writing so the work executed or accomplished with hard work will NOT stand out for the concerned audience and has chance of being overlooked, though you might have put your soul and heart for completing the project. 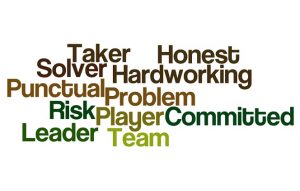 You may intend to write your personality or type of person you are through your resume. In such a case, using words like ‘team player’, ‘out of the box thinker’, ‘multi-tasking’, ‘user friendly’ is not appropriate. Such words are not correct words for work culture or practice.

15. Avoid inclusion of your salary:

If you are working somewhere and intend to apply for another vacancy, do not indicate your salary in specific figure. Instead provide a range, if required, in the application from the recruiter.

This will otherwise hinder what you are expected to get. In case you intend to know the salary conditions, then include it in your covering letter.

Resumes do not require to know your marital status, religion, race as it will cause discrimination issues.

In some cases while applying for international work, as per the conditions required, you can provide such information.

17. Do not include references:

This is an old practice of writing resumes. Only on request you can provide references. This is only to verify your integrity and if the information provided is true.

18. Do not indicate the date of creation:

Sometimes, resume writers have a habit of indicating the date of creation at the footer option in MS Word along with document author etc.

But with time, you may forget about this and send it across to your client through email or upload online.

Mostly it is better to avoid indicating the date and time of creation. Also options such as author of the document can also be removed from the properties option in MS-Word.

You must be able to indicate in your resume about your achievements in quantified manner. Indication of such numbers will help your resume to stand out.

Looking at the first sentence it will not indicate to the audience how many were trained. But second sentence will indicate the number trained and show your experience in teaching or conducting training.

20. Do not use abbreviations:

CBSE as Central Board of Secondary Education

It’s not wise to write colloquial sentences as it is not acceptable. Using appropriate professional terminology in the resume will impress the recruiter about your professional qualification.

The resume is document of all your work and achievements put all together. So, review all of the above importance facts that has been discussed and make your resume genuine and true to its words by being honest in your wording. By this you will make yourself to be considered as a reliable person.

According to the rules for resumes on an average a recruiter spends almost 5 to 6 seconds to review your resume. By reviewing your resume, the recruiter would be able to judge the way you work and think about arranging for face to face interview.

Present yourself properly in your resume by following guidelines given above so as to make a good impression to the recruiters so that they would take time to know about you and fix up an appointment!!

Good luck in writing your resume!!