Take a look at being fired from a job- how employers see it? Wrongful termination or with cause, being out of job could definitely be a problem if you are keen to join with some other company. How do any prospective employers view it? It definitely will not be in a good light. Many might even disqualify the applicant based on the termination from earlier job or jobs. On the other hand, it need not be a problem in the long run for the job applicant. Be it the first time or even if it’s been more, do not worry. This article tries to give some tips on how to handle being fired or even to handle further job application, without getting terminated for this. 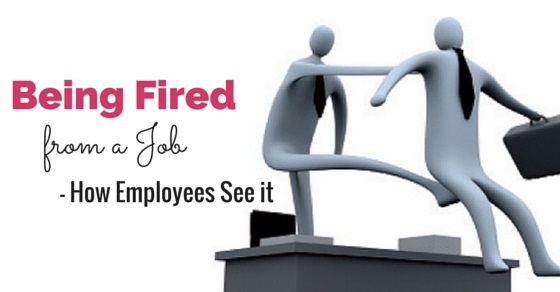 Fired From a Job – Now What?

Being fired from a job, how employers see it may not be in a negative sense. There could be various reasons for the termination and that definitely has an effect on the future job search. At the same time, some employers may know that being fired does not necessarily mean the applicant will not do well in future jobs. However, sending online application might not be enough to get the applicant hired. In case, the applicant has better access to the HR or Hiring Manager of the company, then one could give an account or explanation for the cause of termination, even whilst giving assurance things would change.

2. Assume responsibility on being fired:

Take responsibility for the actions that led to being fired from the job. How employers see it may not always be in the favor of the applicant. However, once proper justification is given, the company might mull over employing the person. One need not necessarily be perfect, but should have the courage to be held accountable for the wrongs done. An applicant that gives a proper explanation on the mistakes done and further solutions on how to avoid it definitely might impress the boss.

3. Do not play the blame game on being fired:

Being fired from a job might be more common than one expects. However, how employers see it still definitely could be an issue. One thing to understand is to be ready to take responsibility for the actions. Trying to hold someone else accountable definitely will go wrong. Talk about things that went wrong and how one is trying their best to overcome it, so that it does not happen ever again.

4. What the applicant brings to the table:

Let them know that one has understood that being fired from a job and how the employer see it has had an impact on the job hunt. However, do not then go on to talk about the strengths and positives to the company if hired. Give out details of the skills and knowledge that one gained from the earlier job and how these could help the company in the long run. Applicant can also expand on his achievements or success at earlier jobs. Let the employer believe that they would be getting a bargain if one get hired and would end up being an asset.

Never go on to elucidate the circumstance of the termination, or on the impact of being fired from a job. Do not give them reason to consider the explanation as a way to put the blame on someone else. Stick to the main facts on the reason for the termination. One thing to understand is that giving long winding explanations will sound more like giving excuses and the perspective employer might not see it in a good way. Be sure to inform the company that the cause for termination is no more in existence, so as to let them determine that things would not be the same at the new job.

It is obvious that things were not all dandy with the previous boss or job, mainly when one has been unjustly or terminated for whatever reason. One definitely might take it to heart, being fired from a job. However, one thing to understand is that the prospective boss may not like to hear an applicant bitch about the earlier boss or job, at a job interview. Whatever the difference, remember to keep it within oneself. Same way, whatever the thoughts on previous job or colleagues, it is better not to enter into discussion about the failings or unmet expectations. Criticism of all kind, be it about former boss, colleagues or job, is better avoided.

7. Never lose calm at the interview:

8. Know what to tell at the Job Interview:

One needs to be prepared for the interview. If a question as to the cause for the termination is expected, one needs to know how to answer being fired from a job. It is obvious that one could lose their cool, when discussing about the topic. Being fired from a job- how employers view it, all impacts the life in many ways. For this reason, be ready with the answer prior to going in for a interview. Get down the facts and see the impact it made in job search and ones attitude as a whole. Try and analyze it and see how to answer it without having any negative impact on the interview. Prepare for the interview ready with the answers to give. Never come out as defensive in the interviews

9. Giving Reference at the job:

Every job interview, as one knows is incomplete without proper reference provided. If one has been terminated from the previous job, how could one give reference. Not to worry, there is bound to be someone in the previous job, who is a good friend. If lucky enough, the person would be someone in the management or even middle management department. Make sure to inform them beforehand that the reference given is of theirs. Give the reference to that person at all job interviews. At times, the reference given could be of an even earlier one, than of the most immediate one. Even if the recruiter or HR gets to know about it, if the reference is glowing enough, one could forget about the omission.

Better to be transparent in one’s dealings with the prospective company or boss. Make sure one is not hiding the cause that led to the termination. In case, the interviewer or prospective gets to hear the facts at a later stage, then things could get ugly.One could lose job, even if truth gets out much later. Better to be upfront with the facts and concentrate on ones strengths and achievements as an attempt to lure the interviewer.

Being fired is no big deal and is quite a common enough occurrence. With the downsizing and reduction, many have lost their jobs. For this reason, many employers may not take it too, seriously. However, there are other reasons, as well for terminating an employee. If the termination was for a just cause or due to some unethical practices followed by the worker, then it might be difficult to find a justification for the termination at the interview for any prospective job.

Things an applicant does to land the job: Being fired from a job and how employers see it as said earlier, definitely impacts on ones job hunt. However, there are certain things one can do to counter the effect in the long run. It is better to understand the viewpoint of the employer, so that one can act accordingly in an upcoming interview. One basic thing most do is to say that one left on ones own accord, for some personal reasons of their own. Most common enough answer, one does it with the hope that fact would not come to the knowledge of the future boss anytime soon. Some of their own accord, opt for health issues as the cause for the break in the resume. In the meantime, to cover up the blanks of the resume, many pick up freelance work, which could add experience as well as could end up an added skill in the future job. However, it is always better to give the reason outright, because lies could cause lots of trouble for the applicant at a later date. One thing to mention is the skills or knowledge one picked up over the period of time, which could come in handy for the job.