HR usually comes across a situation wherein while reviewing the resume of job seeker would find an employment gap. Now before moving forward let us see,

What is this ‘employment gap’?

It’s a period of a few months to a few years when the job applicant was not employed at a job. Then question arises ‘why did this gap arise’?

There are many reasons that the job seeker would justify and this is very common among women candidates as they have to raise their children after pregnancy, breakup in the family or health reasons.

But otherwise also, in case the candidate wants to attend course he/she takes a break, or sometimes due to downsizing and layoffs or employment termination due to accidents in the company these involuntary reasons are cause for unemployment gap. 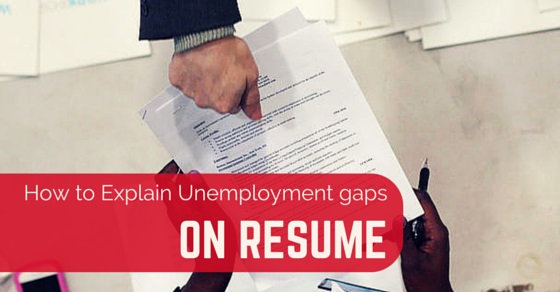 Seeing this gap, it raises the red flags for employer to know why the candidate had this gap.

Not all employers are comfortable in employment of candidates who do not have consecutive history of employment.

They consider it to be mostly on the negative side rather than positive. This gap will need a clarification from the job seeker side.

But there are ways to make it up in the resume and also during interview. Here are a few tips on how to handle them effectively.

1. Indicate in years not months:

Short gaps in your resume can be highlighted by managing to express the experience gained in terms of years of employment rather than expressing it as years and months. It makes it easier to show the skills possessed.

2. Use of combinational resume:

A resume is document giving a brief description of candidate’s educational background, prior work experiences, and accomplishments.

It also provides the objective for employment, summary of the skills, knowledge and contributions, summary of the professional and social volunteer work, list of certifications, etc.

By using combinational resume you can indicate the functions taken up which helps to indicate the accomplishments and skills possessed while downplaying the employment gaps.

The chronological sequence can be opted out for this which is seen in traditional resume format.

It is not easy to indicate the gap in your employment history. But using a covering letter  while applying is a good way for the hiring manager to know about the gap at the very first shot.

Before they review your resume and make a calculation, indicating on the front page is a very smart way.

Its upright smart to be honest in your declarations. Especially in covering letters, mentioning about your gap in a straightforward and honest way will indicate that you are true to your words and can be relied on.

Employers would be more than happy to know that you have been true in declaring about it. Avoid stammering and stuttering that may show that you are trying to hide.

If there was a reason for you to leave the job voluntarily, don’t be afraid to mention it. The hiring manager would be interested to know about it and take note of the reason.

Leaving a gap for the gap will make them to think twice in the future about future assignments.

Indicate whatever the situation you had undergone. It could be for reasons like downsizing when you were laid off, or due to fire accident the employees were laid off or even when the new ERP project took toll of the data entries or restructuring when many were laid off.

Sometimes, it could be that you would not have found a good career growth and had to move out. There could be instances when you had to relocate to take care of education of an elder child. Be bold in indicating that always.

There is no need to be worried about gap that was way too long back. It is not necessary to indicate all your experiences in your resume.

Depending on the title of the post or the type of job, you need to mention the experience gained.

Better indicating the nearest term of employment and their gap. They might not carry weightage for you at any time as the skill of the recent times are what is needed to be put to work.

Sometimes gaps were not intentional and could have made you to learn new skills and adopt certain characteristics. This could be explained to the hiring manager about the new skills that you have learnt and how it has helped you to move ahead during the gap of unemployment.

Indicating skills and accomplishments in the beginning like a summary is better that indicating the years. It will direct the focus of the hiring manager to the skills rather than when you gained it.

Gaps that may have been created involuntarily would have made you to opt of learning something new. This could be in the form of new courses or take up classes.

Indicate what new have opted to learn and how it helped to come to that stage that was required for the employment.

It will show that you are quite ambitious in your life and willing to learn new concepts. Employment gaps are always means of keeping your mind fresh to learn new.

If you left a previous job just because you did not like it then indicate to the hiring manager in a positive tone rather than blaming the previous employer. Surely they would be interested to know why you had left before finding another one.

So figure out positive points to indicate about the previous employer. No employer would be happy to hear negative remarks about another employer.

Employment gaps are there in everyone’s resume. Not everyone would have resume without a small break.

You would be knowing what your gaps were, at which period and what were you involved in. It could be that you would have been part of volunteer work, trekked a destination or taken care of household work.

During that course you might have picked up new skill like adapting to new situation, managing events, communicating effectively, etc.

Make a list of new skills that you would have learnt during that time and what changes it brought to your life. Try to craft small sentences describing them to prepare while facing interviews.

Most of the time employer do keep in mind the recommendation letter provided by you. It is imperative to get one before leaving a workplace as it is worthwhile piece of paper that provides details about your competence.

It comes in handy when needed to explain during interview.

Always get recommendations from your supervisor, manager or HR before leaving a company especially when being laid off due to downsizing, etc.

Don’t sell yourself by indicating less about yourself. Whatever you would have gained whether at volunteering or working for Non-profit organisations, or taking care of the elderly be bold to say it in your covering letter or while at interview.

Your contribution to society is not to be ashamed of. It is a bold decision that you had taken during that time significant part of your time were invested in it.

Hence when speaking about it take credit for the work done or time you have invested in it.

As you are in charge for the career path that you decide to take, whenever there is a situation of having to let go off a job, be proactive in guiding yourself to take this as an opportunity to learn new skills.

By doing so, the employer would judge that you are a can-do personality and always willing to take up challenges driving to get results.

It could range from taking a break for taking up course to make a career change, recovering from injuries, having to take care of ill parents, taking care of small children, to travel to other destinations, etc.

Employers are people who understand as they themselves have been through the same. The only point is that they are interested to know what new have they learnt or what they did during that time.

Holes or gaps that are unexplained will definitely caret an impression that you are hiding something from them like prison time, laziness, drug abuse, etc.

Hence, don’t shy away from mentioning the employment gaps in resume and clear when communicating it to the hiring manager while having a chance to meet.