The list of these kinds of words is extremely long, but the most common among them is Enquiry and Inquiry. 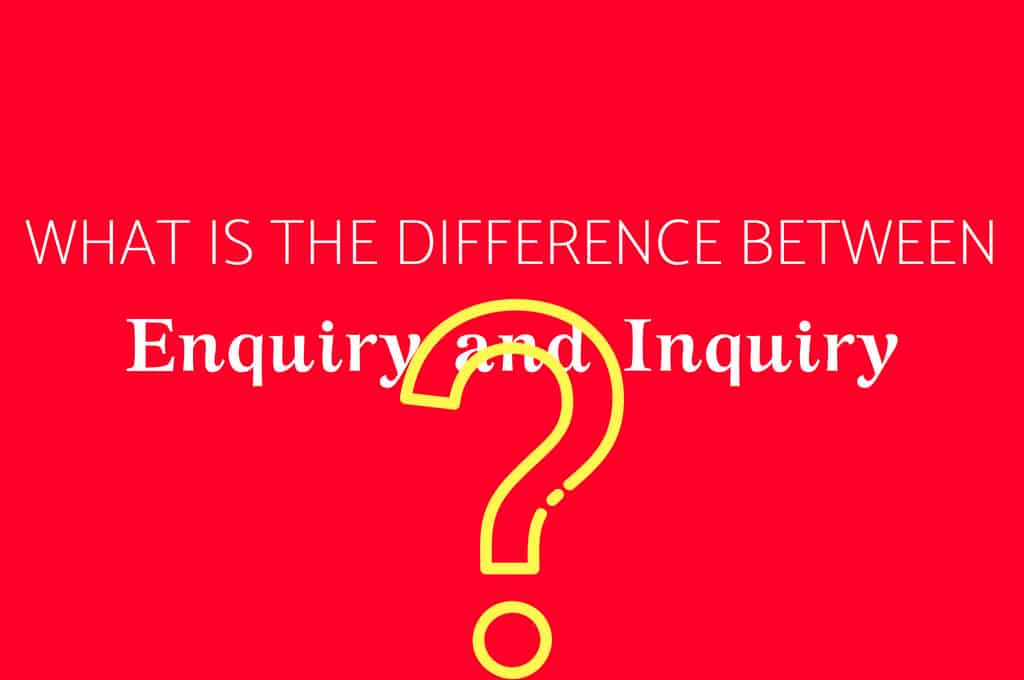 These two words are in extreme usage and are easily interchangeable for their meanings. It is easy to confuse or misunderstand when to use enquiry or inquiry in the language.

Understanding the Difference Between Enquiry and Inquiry:

The majority of the people using the terms enquiry and inquiry are not completely aware of the difference in the meanings of these two.

Enquiry means to ask a question.

Inquiry states the formal investigation of something.

There is also a difference in the prefixes these two terms hold, “en” in the enquiry is basically French, which has more of an informal tone to it. While. “in” used in the term inquiry is from Latin and has more of a formal kind of questioning.

Different usage in American English and in British English.

The understanding of the difference between enquiry and inquiry has more meaning in British English, where, it is still considered as two completely different terms. While in American English and in Australia, the inquiry is much more in use and has taken over as a generic meaning whenever in use.

When to Use the Term Enquire/ Enquiry?

An enquiry is known to be used for informal questioning. Few good examples of its usage are given below.

When To Use the Term Inquire/Inquiry?

The term inquiry is used for formal questioning or if the person is trying to investigate something. Below are a few of the good examples of this term.

There are many more words in English which have similar pronunciations and meanings, in the regular usage of the grammar, one word tends to become more popular than the other. Even in the terms enquiry and inquiry, the latter has become more popular in usage than the former, covering up the meanings of both the words.

Also, the Oxford English dictionary agrees inquire to be more in use making it a dominant word, than enquiry. Also, if in doubts it is best to use the term inquiry to prevent from any mistakes happening.