Whilst hunting for a job, a single letter of recommendation can turn your job preference upside down. It forms the most integral part of your job hunting process. As a job seeker, it is of utmost importance to acquire good letters of recommendation in order to bag the job of your choice. 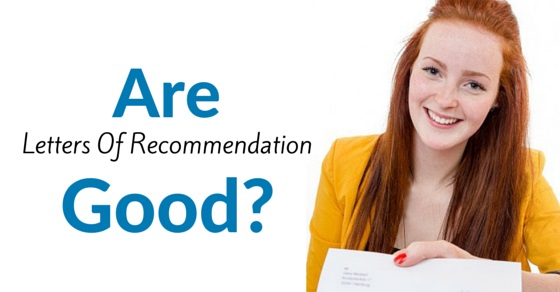 For a fresher, a letter of recommendation is nowhere to be found within his/ her limits. However, such is not the case with a candidate who has been working for a couple of weeks/ months/ years.

It is up to your behavior at any workplace that determines the positive or negative impact of it. It is of utmost importance that you shape your attitude in such a way that it helps you in bagging the dream job you have been waiting on for.

What Helps for a Good Recommendation Letter?

What would you like to see in a letter that has a recommendation especially for you? The warm things about you are what you would wish to hear, preferably.

All strong letters provide a vivid sense of what helps the recruiter to know everything about hiring the candidate that could be used as a base of a productive interview.

1. Providing info about the candidate:

All sorts of specific information about the candidate/ applicant should be given. It must cover all the strengths and weaknesses (preferably) leaving not a single inch of doubt in the minds of the recruiter.

Also, this information will be helpful enough for the committee members of the recruiter’s company to know about the candidate in every way possible. Thus, lending a helping hand in shaping the interview and taking it to another level.

2. Providing info about the relation with the applicant:

This forms the crux of any letter of recommendation. The one who is providing the recruiter with a recommendation letter should give all sorts of information about how he came in contact with the applicant.

3. Showing that the writer knows the applicant personally:

This sort of information plays a passive role for knowing more about the applicant. It plays a role much higher than what could be possibly concluded out of a resume.

For instance, actions and incidents that are unique in this relationship are to be mentioned which are ultimately more credible than what could be gathered out of a resume.

4. Bring to light about the specific goals of the applicant:

The writer must throw light on the positive aspect of the applicant as to how he/ she are devoted in bringing up a particular topic of interest under notice. Also, the applicant’s way of tackling situations under crisis should be given utmost importance.

The writer must portray the positive qualities of the applicant whilst writing a recommendation letter to the recruiter.

5. Discussing why the applicant is a better option for the recruiter:

Writing all possible ways of why the applicant is a better option for the recruiter is a must. The writer must mention all the good points so as to why hiring him/ her would be beneficial to the company he/ she would wish to work for.

The writer must exemplify the applicant’s personal qualities in a positive way along with specific examples that are crucial enough.

6. Indicating how this job is linked to its past performance:

The writer must provide ample knowledge to the recruiter about the applicant’s performance in the past couple of working years.

He/ she must also provide knowledge about the course or study which the applicant has mastered in which would indirectly pave way and serve as a link for the past and future performances by the applicant.

7. Placing the applicant under a larger context:

The writer must be keen enough in placing the candidate under a larger context which would give a bird’s eye view to the recruiter regarding the performance of the applicant.

For instance, the applicant (xyz) has been one of the top 5 best performers of the year. Also, instances such as “I have been grateful to work with Ms. XYZ as she has been one of the devoted and successful emerging candidates in my past couple of years of experience.”

8. Drawing remarks based on the statement of colleagues:

The writer must also not forget to mention the list of colleagues who have been fortunate enough to work with the applicant. A recommendation letter from the professors of colleges or the ones who have taught the applicant for a couple of years should also be taken into consideration.

What Hurts in a Letter of Recommendation?

As the recruiters and the applicants have a little amount of 30 second each to showcase the power of their letter of recommendation, what hurts most is a bad letter.

Letters that are too short fail to garner the attention of the recruiter. Such letters come under the category of mediocre letters. They provide one liner information which creates a barrier whilst exploring the in depth qualities of the applicant by the recruiter.

Also, sometimes such letters fail to provide adequate information that is to be expected by the writer.

Incomplete letters such as the ones that fail to provide necessary information hurt way too much. For instance, the writer might just mention the percentage marks secured by the applicant in a column.

There is no mention of how well or bad the applicant might have performed in his/ her initial years. Such incomplete information on the part of the writer causes severe problems in understanding the applicant’s behavior and nature towards a particular subject of interest.

3. Letters focusing only on one particular topic:

Sometimes, it so happens that the writer mentions about a particular topic and goes off track about mentioning the same topic over and over. This causes the recruiter to think twice over the applicant.

Here are some letters which lack in praise. They praise, but they have a sheer sense of faint praise. Or just in case, someone has asked you to praise; hence the praise. Kind words are nowhere to be found in the letter of recommendation, neither helpful ones.

It is just a matter of fact that the letter lacks in each and every way possible to pave way for the recruiter to choose the applicant to be placed on a position in their firm.

These are the worse types of a recommendation letter. Nothing can be as worse as this. It covers all possible ways of implying criticism on the applicant. This hurts the most out of which could have been a productive letter of recommendation.

Committee members and recruiters do not miss any opportunity of spotting a remark which has not been well appreciated which might put the applicant’s job at risk.

Are letters of recommendations really good enough for a candidate to bag a job of his choice?

Yes, absolutely. Although, it depends merely on the way a recommendation letter is been presented to the recruiter.

After all, that’s what counts for a recommendation letter, they say!