Have you ever used parametric tests before?

Are you confused about whether you should pick a parametric test or go for the non-parametric ones?

If that is the doubt and question in your mind, then give this post a good read.

We have also thoroughly discussed the meaning of parametric tests so that you have no doubts at all towards the end of the post. So go ahead and give it a good read. 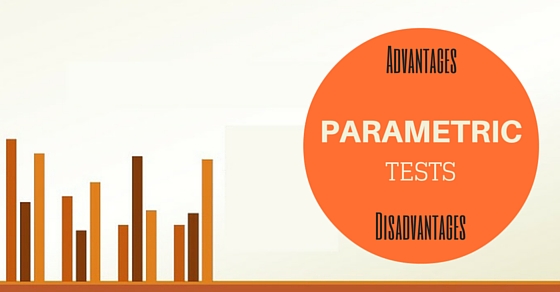 What are the Parametric Tests?

Conventional statistical procedures may also call parametric tests. In every parametric test, for example, you have to use statistics to estimate the parameter of the population.

Because of such estimation, you have to follow a process that includes a sample as well as a sampling distribution and a population along with certain parametric assumptions that required, which makes sure that all components compatible with one another.

An example can use to explain this. Observations are first of all quite independent, the sample data doesn’t have any normal distributions and the scores in the different groups have some homogeneous variances.

What are they based on?

One of the biggest and best advantages of using parametric tests is first of all that you don’t need much data that could be converted in some order or format of ranks. The process of conversion is something that appears in rank format and to be able to use a parametric test regularly, you will end up with a severe loss in precision.

2. Quite easy to calculate them:

Apart from parametric tests, there are other non-parametric tests, where the distributors are quite different and they are not all that easy when it comes to testing such questions that focus related to the means and shapes of such distributions.

3. Provides all the necessary information:

One of the biggest advantages of parametric tests is that they give you real information regarding the population which is in terms of the confidence intervals as well as the parameters.

4. Other benefits of parametric tests:

The parametric test can perform quite well when they have spread over and each group happens to be different. While these non-parametric tests don’t assume that the data follow a regular distribution, they do tend to have other ideas and assumptions which can become very difficult to meet.

When it comes to nonparametric tests, you can compare such groups and create a usual assumption and that will help the data for every group out there to spread.

In case the groups have a different kind of spread, then the non-parametric tests will not give you proper results. On the other hand, if you use other tests, you may also go to options and check the assumed equal variances and that will help the group have separate spreads.

Another benefit of parametric tests would include statistical power which means that it has more power than other tests. Therefore you will be able to find an effect that is significant when one will exist truly.

2. The size of the sample is always very big:

Another disadvantage of parametric tests is that the size of the sample is always very big, something you will not find among non-parametric tests. That makes it a little difficult to carry out the whole test.

3. What you are studying here shall be represented through the medium itself:

The best reason why you should be using a nonparametric test is that they aren’t even mentioned, especially not enough. They can also do a usual test with some non-normal data and that doesn’t mean in any way that your mean would be the best way to measure if the tendency in the center for the data.

For example, if you look at the center of any skewed spread out or distribution such as income which could be measured using the median where at least 50% of the whole median is above and the rest is below. In case you think you can add some billionaires to the sample, the mean will increase greatly even if the income doesn’t show a sign of change.

4. You have ranked data as well as outliners you just can’t remove:

This brings the post to an end. Hopefully, with this article, we are guessing you must have understood the advantage, disadvantages, and uses of parametric tests. If you’ve liked the article and would like to give us some feedback, do let us know in the comment box below. We would love to hear from you.

Also if you’ve questions in mind or doubts you would like to clarify, we would like to know that as well. On that note, good luck and take care.