Self-confidence or confidence is a very important aspect, that is relevant to all parts of one’s life, more so at work. However, there are many instances in life and especially at work, when one loses confidence in themselves and their capabilities. This article tells one on how to build confidence at work. 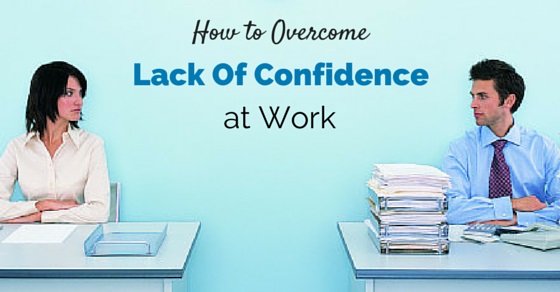 How Build Confidence at Work?

Reasons for lack of confidence:

Tips To Build Confidence at Work:

If one lacks the confidence and it has been having an impact on that person’s performance at work, then there is a definite need to overcome it. In this tip below from experts, one can learn how to boost one’s confidence

First, what one needs to do in order to gain back the lost confidence is to essentially stick to one’s job and stay alert, in spite of whatever impediments one might encounter while at work.

One can go on to gain confidence if one concentrates on doing a good job along with a great outlook.

Learn to pinpoint the strengths. Get a clear idea of what works to build one’s confidence.

Once the person has taken stock of one’s strengths or positive points, go on to see how one could incorporate these points into the daily work.

See, if one would need to divert to other roles or take up other responsibilities, in view of the fact that the current position does not offer enough challenge to utilize the strengths.

Work to improve on weaknesses:

In order to gain back the confidence, it is important for a person to know if one’s weak points or flaws would in at any rate have a negative impact on the performance at work.

If so, one would need to attend to it and look for ways on how to overcome these weaknesses. Work hard to try and get back the lost confidence.

In order to succeed in any work, a person needs to have belief in oneself. The best way to build up confidence is to repeat the statement ‘I can do this’. The person would also have to believe in this statement.

One would need to repeat three positive things about oneself, just before going to bed. They would mention the three things that went well in one’s life.

It pays to keep track on achievements and success stories. Keep a note of to-do lists, so that one can cross off the achievements or success, once it’s been completed.

One can also keep a file of all the emails from the boss congratulating on the successes in addition to thank you letters, praise for work well done and so on, as a record of one’s fetes or target reached. This would also be helpful for further job hunt.

Confidence could be threatened:

It is inevitable that at work, every person at one time or the other might have had their confidence threatened.

One might have been at the brunt of a rebuke or a mean comment, at some time. What the worker would have to do is to wait for a short period to cool down, before reacting to such comments.

For the most part, when a person is lacking confidence or is anxious it is common knowledge that one tends to concentrate more on one’s weaknesses.

It is in such situations that one resorts to the use of communication tools to triumph over one’s uncertainty and shyness. One can also build a good rapport with the colleagues via the communication.

In the meantime, the way one presents oneself to others also to some extent helps one to feel more confident.

Be well aware of one’s body language used. Make sure to have a good posture, and stand straight.

There definitely is some power in one’s smile. The smile for sure goes on to make one look more easy to talk to.

When one goes on to meet people with a smile, the person comes across as a warm and friendly person.

More often than not, it is seen that new employees on the job lack confidence because they have only half the information.

However, one need not worry. Just go on to ask questions and gain enough information to complete a job with success.

At the same time, be ready to learn new things. Try out new things. These are sure to help one to boost one’s confidence.

Ask for feedback, but stick with those who matter:

In the meantime, asking for feedback definitely helps one to improve one’s confidence. However, make sure to seek feedback from only those people who count.

It is better to stop asking each and every person for their opinion. Pick out people who would speak the truth and help one to grow.

It is already a common knowledge, that one would feel better if they dress well. Presentable people for sure will ooze confidence.

Dressing well do not mean designer wear labels or costly material. One could also dress casually, at the same time appearing very smart and trendy thus making one look confident.

It has been said before that self confidence and looks are related to each other. A person who appears smart and clean will as well appear to be confident.

A shave and a shower can go on to make so much of a difference.

Signs That One Lacks Confidence:

Why Should you Overcome Lack of Confidence?

One can already see that this article deals with points on how to overcome the lack of confidence that one has in the workplace.

However, be sure to maintain a balance between confidence and overconfidence.

The other thing to take into consideration is also that if a person goes on to overvalue one’s skills and experiences and resort to risk taking, it could also cause defeat.

For this reason, it is essential to find a balance between confidence and overconfidence.