What is a Grading System?

A grading system in education is a system that is used to assess the educational performance of a child which is entirely based upon points alone.

The grading system does not provide an opportunity to make the child think out of the box or freely develop the thinking about any inkling of an idea or get involved with any of the intellectual speculation.

But still, this method is widely regarded in many of the schools across the world and is kept as a strong and viable medium to adjudge a child’s grasping and reciprocating ability by grading them.

The initial type of appraisal was by the marks where the marks for all the questions were totaled to get grand total marks.

There are 7 types of grading systems available. They are : 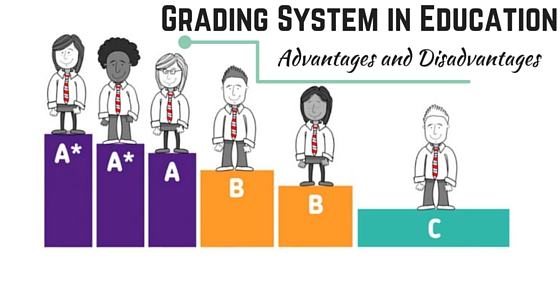 There are many people who declare there are many advantages of the modern education system and there are also others who say the complete opposite. Well, both sides have a fair share of arguments to support their views completely.

What Made The Schools To Choose This Grading System?

School is a sacrosanct place and is touted to be the second home of children.

Today in the rapid life that we are living in, most of the parents are office goers and school becomes a safe haven to leave their children behind and go. Thus, schools play an essential part in the wholesome and the holistic development of each and every student they have got enrolled with.

It does not merely perform as an intermediate in which the children study and imbibe new things and habits but, they also are depicted to the actual world where they get to interrelate with their landed gentry and learn many things through understanding which nothing else can provide.

They feel that as technology is advancing, new forms of teaching, guiding and other features should also be improved. One such feature is using a grading system in education to judge a student’s capability and knowledge.

The main reason for the schools to exist in the world is to impart knowledge to the students who are studying in it and assessing the students thereby forms a vital part of the performance of the school which is usually carried as a two-way method.

Advantages and Disadvantages of Grading System in Education:

Advantages of Grading System in Education:

Let us now look in detail the advantages of grading system in education which is used as an inevitable tool for assessing a student’s performance at least in school life.

1. Takes the pressure off from the students at certain levels:

In a general grading system as considered above, a student’s real scores and it’s associated marks are not accounted on the official transcript, which denotes that their GPA will not have an effect on either a pass or a fail mark category.

This spares the students from getting preoccupied and become fussy about getting an elevated letter grade like that of an O, and permitting them to unwind. It still provides the necessary educational prerequisites for them to land themselves comfortably on a good job and also mold themselves to become more responsible citizens in the future.

An even better aspect is that they will also receive some credit for the course that they have studied for all these years in the past.

One of the main advantages of this method is that the studious children are clearly discriminated from the average and below-average type of students but this led to the development and mounting up of intense pressure amidst the students.

The learning was not thought of a process that is revered to be a fun task, but rather as a hard task which they had to properly deal with in an obedient manner.

The advantages of the grading system are that the development of pressure upon the students in terms of studying has appreciably reduced.

Here, the students are bundled and grouped according to the different types of grading scales they get which are entirely based on the marks that they get in each subject that is taught in school.

A common grading scale in the United States is

In the case of India the general pattern is as follows

Another advantage that this method has conveyed in the field of education is that it has introduced the notion of measuring the students’ knowledge based on their internal assignments, projects, their answering ability in class and their overall performance in all the major examinations. It is not just a solitary examination forced method.

Earlier the marks that were obtained in the exams are the only indicator of whether a child is studying or not. But, this system analyzes whether a child understands the concept or not.

3. Gives the students an obvious idea about their weaknesses and strengths:

Knowing precisely which subject(s) are their weak spots, students can easily decide where to toggle their focal point on.

In a grading system where the alphabets are the scales, a grade of C or grade of D is known to speak a lot.

So, when the total grades arrive these students can easily get to know their forte.

Yes..you have read it right. Suppose if a student knows that getting a D is enough to scrape through the class assignments section in the marking division, he or she will only focus on getting a D without any fuss.

Of course, getting a higher grade than a D lies with the student’s prerogative only. The point is that the student does not need to toil them to achieve the necessary minimum.

5. Leads to a better rendezvous of ideas:

Classes or the courses that are often taught in a classroom medium within the confined premises of a school are highly difficult and are taken in the ultimate sense as getting a pass or a fail on a subject. This builds a sense of responsibility in their minds to work and train hard in their weak spots.

Disadvantages of Grading System in Education:

Also, the following points can be considered as worthy of our importance while considering the disadvantages of the grading system in education. They are,

1. It doesn’t instill a sense of competition:

When all that required is a mere pass mark, we would neither have the urge to outperform others nor do we want to excel with the overall grades.

The A grade speaks a lot about our caliber than a D or an F. With a D or an F, we can be only satisfied that we are okay enough in studies, which will make us go lazy.

2. Not an accurate representation of the performance and the knowledge gained:

As we have said already, passing in an examination cannot be considered as plausible enough to declare that the same student has gained an immense amount of knowledge by these exams.

An alphabet cannot explain the inner knowledge gained by a student and there is no easy way of gauging a student’s level of performance and knowledge in the examinations.

3. It is not an exact scoring system:

Suppose, let us consider that the science subject is your weak point and with a tremendous effort, let us say that you got an A or a C for all your attempts, which would have made a vast disparity in your sense of accomplishment.

Still, the inner knowledge you have gained via these grades can be nil, as you may have attempted for learning without understanding the concept, with the sole perspective of getting an A or a C.

The traditional letter grade system considers that every alphabet is an inducement to perform good or better or the best.

Getting a B could kindle the students to put an extra effort to get an A and is a step closer to getting the highest mark in a class. But, the highest rank in the class tag is going to do no good for the students.

To get the tag, the students will only go for rote learning rather than be exploring and explaining the concepts on their own.

Other Areas of Consideration:

The fact that a student scores a centum without any mistakes and a student who scores 90 replete with several mistakes grouped together can make the centum holder get de-motivated.

This will dampen the spirits of the hard worker to get mediocre grades itself, as he or she will know that irrespective of the grades, they are going to be placed in the cream students section only.

Moreover, the responsibility now lies on the subject teacher and their candid estimation of a particular student who is sent for the overall grading rather than estimating the true merit and caliber of that student.

Thus, these are the unfair advantages that this system poses while considering it as an able system to motivate the students in order to perform better.

The disadvantages of grading system thus include the piece of information that the students cannot be distinguished with respect to the fellow ones as more than two students with different capabilities in terms of their understanding and grasping power and prowess will automatically fall into the same group.

Thus a teacher will not be able to know which person needs more special attention than the other.

So, is the Grading System a Better One?

As a recent survey has shown that with the advent of the grading system in education, the number of students who give importance to education has got drastically reduced as this notion stems from the fact that the grades are a fleeting sort of thing and are able to fetch only in the short-term and have no use in the long run.

Especially when these students appear to college entrance examinations with these grades and a nil amount of knowledge, these grades will not speak on behalf of them.

Grades without knowledge is like a batsman going to a cricket field without a bat to play a cricket match.  In the same way, the schools should also come forward to implement some changes in their already designed curriculum to make the students get proactive in order to learn in a meaningful way so that the concept remains with them all through their life.

As long as schools carry on to allocate their grades, with non-meaningful consequences, like a class rank or a top to down scorer method or any other namesake methods, fastened to them, students will keep on believing that the grades are the ultimate purpose of studying

Hence, it lies only in the hands of the school’s curriculum management division to consider all these aspects and make sure they devise a learning pattern that takes all these factors into account and does the needful for the student community.

If we start implementing these issues right from today, we can see a wholesome and fully knowledgeable student community within a few years and after which there will only be a competition for soft skills and intensity of knowledge and nothing else.